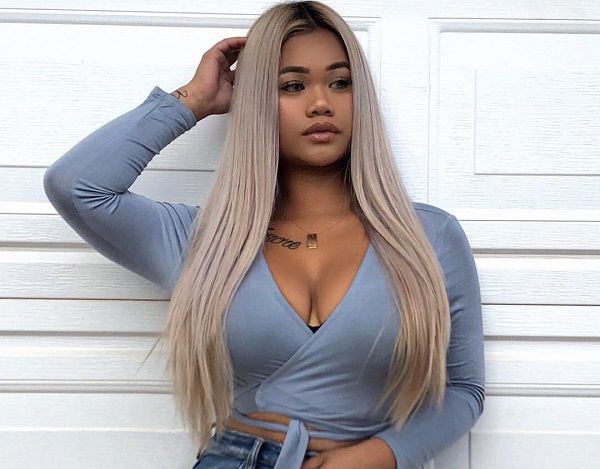 With over 2 million followers on her maelovecleo Instagram account, she’s quite active on twitter as well with more than 1.7 million followers. Just the age of 16 she became a mother of one which increased her popularity on Instagram furthermore.

Having a child at such a young age is the first known incident for a media personality. Mae often features her daughter Cleo in her social media posts, she was born in 2016.

Born on 27th May 2000, Princess Mae will turn 22 years old. Princess Mae has a pair of gorgeous black eyes and dark black hair. Mae does not appear to be tall and has a height of only 5′ 3″ in feet. Compared to her height and hourglass figure, her weight seems well maintained at 56 kg.

Even though the amount is not made public, Instagram Princess Mae star has an estimated net worth of a six-digit figure as seen by her luxurious life. ”ootdfash” is a lady’s online store that Mae has a paid partnership with.

Gucci, LV, Nike, Michael Kors, and H&M are various brand accessories and clothing Mae features on her Instagram account. She keeps on traveling to various eye-catching destinations as she is also a travel freak.

Although much information is not revealed about Princess Mae’s family background, it is known that she completed her schooling at James Campbell High School in Ewa Beach in Hawaii and is looking forward to more options for further studies. She is the sister of Bretman Rock who is a YouTube and Vine sensation.

Princess Mae had no intention of becoming a social media star even though she was interested in social media from a very young age. After appearing on one of her brother’s YouTube videos she received a positive response from the viewers and the video went on to gather more than four million views.

This video increased her popularity across various social media platforms and proved a turning point for her. Her Instagram account was flooded with over 1.1 million followers and her Twitter account, more than 60,000 followers. Mae started flaunting her baby bump and didn’t reveal the name of her baby’s father which resulted in an increase in her popularity on social media.

Princess Mae organized a grand birthday party on May 25th, 2018. The party held at Club Boda in Honolulu, Hawaii, as part of her eighteenth birthday, featured DJ Lolo, Yung Tino, RudeBoyKadenz, Dizzy X, Partyboijordan, and DJ Kariminal who are popular musical artists and DJs. Mae helps her brother manage his online merchandise store and apart from uploading her own pictures and videos, also appears frequently on Bretman Rock’s YouTube videos.

Here we provide you the list of Princess Mae’s favourite things. Some Interesting Facts About Princess Mae