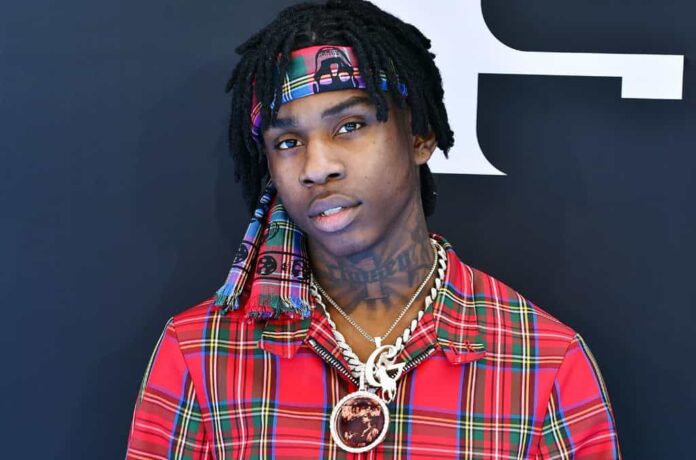 The song ‘Pop Out’, became quite popular all over the world and the artist behind this well-known song is an American songwriter and rapper popularly known by his stage name, “Polo G”. After he began releasing tracks on ‘YouTube’, this ace rapper from Chicago, Illinois, started gaining attention.

He initially released tracks and a mixtape on ‘SoundCloud’ and his first hit single ‘Gang with Me’ was followed by another hit ‘Finer Things’. The rapper soon signed a distribution deal with Columbia Records and earned millions of views on ‘YouTube’ making him a ‘YouTube’ sensation as well.

Born on the 6th of January 1999 Polo G has turned 22 years old in the year 2021. He is tall, slim, and has a toned body figure. His biceps measure 13 inches and he wears number 8 in the shoe size. Polo G’s height measures 5 feet 9 inches and his weight is 65 kg approximately. He has black colored eyes and the color of his hair is black as well.

Polo G has earned most of his wealth through his career as a rapper, singer, and songwriter and lives a lavish lifestyle. He loves royal watches and generally wears a Gucci brand. He owns an expensive BMW X7 series car. The total net worth estimated for this upcoming star is $2.5 million US dollars as of now.

Taurus Tremani Bartlett was born and raised in Chicago Illinois, United States of America. He has been quite private about his personal life and has not revealed the details about his parents or siblings. It is known that he attended a private school in Chicago but it is not known if he completed his High school graduation.

The first song that Polo G recorded was ‘ODA’ and began to release tracks on ‘YouTube’ in 2017 gradually getting attention. On May 23, 2018, the official ‘YouTube’ channel of the rapper was launched. With the mixtape titled ‘OFFICIAL POLO.G SOUND CLOUD’, he made his ‘SoundCloud’ debut as well and uploaded 10 songs on his ‘SoundCloud’ page in a day.

Played more than 3.28 million times on ‘Soundcloud’, his first hit track was ‘Gang with me’. Written by him in prison next hit, ‘Finer Things’ released in 2018, furthered his fame to new heights and has a count of over 54 million views on YouTube.

Polo G finally signed a distribution deal with ‘Columbia Records’ and released the song ‘Pop Out’ on February 1, 2019. The song reached number 22 on the ‘US Billboard Hot 100’. Accumulating over 27 million views, another hit track of Polo G came in 2019 known as ‘Battle Cry’. He has also come up with his own clothing line, ‘Polo.G Capalot’, and released his debut studio album, ‘Die a Legend’ on June 7, 2019.

He has been dating his girlfriend Crystal Blease for a long time and they often share their stunning photos on Instagram.

Here we provide you the list of Polo G’s favorite things. Some Interesting Facts About Polo G