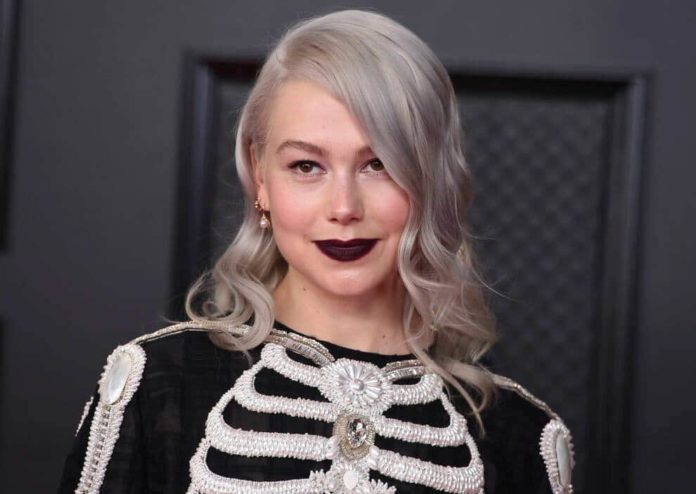 The key to songwriting and singing is just to be able to observe and put yourself in situations to be around people and let those ideas come to you, this line is very well proved by Phoebe Lucille Bridgers who is an American singer, songwriter, guitarist, and producer.

Moreover, she has gathered huge popularity through her debut album “Stranger in the Alps” which was named the best album of 2017 by the social networking site Pebble. Apart from that, this versatile personality has also garnered four nominations at the 63rd Annual Grammy Awards under the categories of Best Alternative Music Album, Best New Artist, Best Rock Song, and Best Rock Performance.

Born on 17 August 1994, this renowned singer has turned 26 years old in the year 2020. She has a perfect height which is 154 in centimeters and 5’1” in feet & inches. She seems as fit as fiddle with the weight of 45 in kilograms and 99 lbs in pounds. Her beauty is enhanced by her dark brown eyes and blonde hair.

According to the sources, Phoebe’s estimated net worth is $5 million approximately.

Born and grew up in Pasadena, California, the USA, Phoebe belongs to the white ethnicity. She is the lovely daughter of Jamie (Mother) who did various jobs including a phone sex worker, pot seller, and executive assistant while her dad was a film and television set builder. However, there is no detail about her father’s name.

Apart from that, she grew up with her younger brother named Jackson. As of her education, she was admitted to the Sequoyah School in Pasadena. Furthermore, she enrolled at Los Angeles County High School for the Arts.

Besides this, she also made her appearance on the American TV show, “CBS This Morning: Saturday” and sang Motion Sickness as Scott Street on March 3, 2018. Later in the year 2018, she also formed an indie rock group Boygenius along with Julien Baker and Lucy Dacus. On October 26, 2018, the group released its debut EP “boygenius”.

Other than this, she was also featured on a remake of the Lord Huron song, “The Night We Met” in May 2018 for the soundtrack to season 2 of the Netflix television series 13 Reasons Why. Apart from that, Bridgers also teamed up with The National’s Matt Berninger to record a track for “Between Two Ferns: The Movie” called Walking on a String in the year 2019.

On January 24, 2019, she formed a band named ‘Better Oblivion Community Center’ along with Conor Oberst and released their self-titled debut album by Dead Oceans. She again won the heart of millions of people when she released a song titled ‘Garden Song’ by Dead Oceans on February 26, 2020.

Additionally, she also got appeared on a song ‘Jesus Christ 2005 God Bless America’ by the English band ‘The 1975’ from their album, Notes on a Conditional Form on April 3, 2020. Moreover, on June 18, 2020, she released her second studio album “Punisher” by Dead Oceans. The album debuted at number 6 on the UK album charts week ending July 2, 2020.

Phoebe further produced Christian Lee Huston’s third album Beginners which was released on May 29, 2020. On November 3, 2020, she announced by tweet that she would cover ‘Iris’ if Donald Trump lost the 2020 United States presidential election.

The cover was recorded as a duet along with Maggie Rogers under the name “Phoebe & Maggie” and was released on November 13, 2020. She also released an EP of four reworked tracks from Punisher titled “Copycat Killer” on November 20, 2020.

Similarly, on November 23, 2020, Bridgers further released a cover of Merle Haggard’s ‘If We Make It Through December’ through Dead Oceans. In fact, she also released a music video for the song ‘Savior Complex’ on December 1, 2020.

Likewise, she was also featured on Charlie Hickey’s song ‘Ten Feet Tall’ in January 2021. Furthermore, she also performed as the musical guest on the TV show, “Saturday Night Live” on February 6, 2021.

Phoebe is unmarried but she is not single. She seems to be dating an Irish actor, Paul Mescal. Apart from that, she has also been in a romantic relationship with Ryan Adams in 2014. However, later the couple separated. Other than this, she has also dated musical collaborator and touring drummer, Marshall Vore around 2017.

Here we are providing the list of favorites of Phoebe Bridgers: 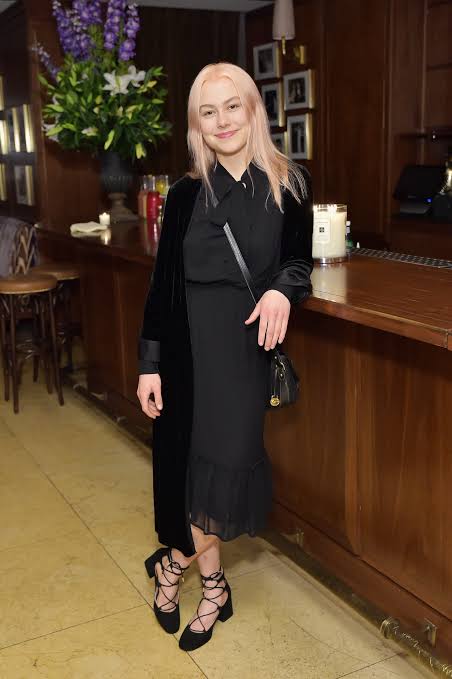 Some Interesting Facts About Phoebe Bridgers