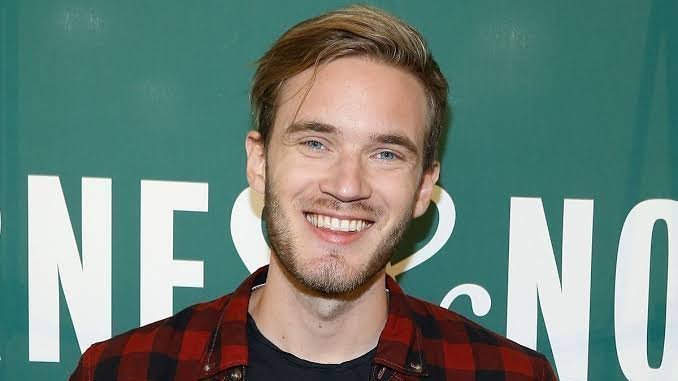 The first Youtuber who made it big, PewDiePie is considered a pioneer of Youtube vlogging and web-based comedy and commentaries. With millions of subscribers, he has become one of the most successful YouTube personalities in the world. On his self-titled YouTube channel, he has over 99 million subscribers.

Best known for his Let’s Play videos and vlogs, he has earned millions from his YouTube career. He is also famous for his rivalry with the Indian channel T-series. The Biggest YouTube Star on the Planet has been in and out of controversies from time to time and has also lost his TV show because of it.

Felix Arvid Ulf Kjellberg was born in Gothenburg, Sweden on October 24, 1989. Lotta Kristine his mother is an award-winning Chief Information Officer and Ulf Christian Kjellberg his father is a corporate executive. He was raised with his older sister named Fanny.

Felix graduated high school from Goteborgs Hogre Samskola and was originally focused on pursuing a degree in Industrial Economics and Technology Management at the Chalmers University of Technology. He dropped out later as he was not interested in his school courses.

PewDiePie became the most subscribed YouTube channel in 2012 with 5 million subscribers because of his energetic and funny commentating on games with epic reactions.

He released his own game called PewDiePie: Legend of the Brofist in 2015 and also released his book that was called This Book Loves You. With his annual income reaching $15 million in 2016 Forbes named PewDiePie as the highest-earning YouTuber.

PewDiePie lost his YouTube Red show in 2017 after it was revealed that several of his videos contained anti-Semitic references. Indian record label T-Series overtook PewDiePie for the most-subscribed YouTube channel in 2019 but he retained the top spot for an individually operated channel by surpassing 100 million subscribers.

Felix reached his first 1 million subscribers in July 2012, two months later, he had 2 million and on August 15, 2013, PewDiePie became the most-subscribed YouTube channel in the world and has maintained his #1 position for years. Some Interesting Facts About PewDiePie