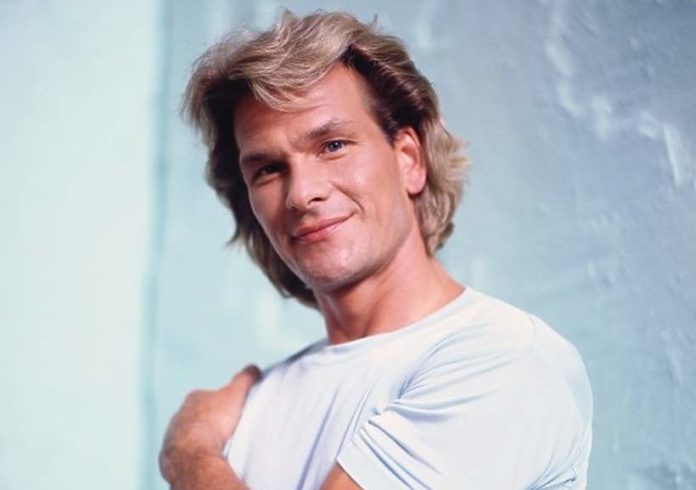 An American actor Patrick Swayze was a versatile actor of Hollywood who had established his position in the film industry even after his demise. His good looks and features made him the Sexiest man alive. Since childhood, he was active in extracurricular activities like swimming, football, and gymnastics.

As his mother was a choreographer, he had developed an interest in dance and took lessons as well. Later, his passion for dancing got shifted to acting, his ability for acting was recognized by people in the business. He had received his break from his first major role was in the film ‘The Outsiders’ and became a known face in Hollywood.

Throughout his life, he had earned immense popularity and great accomplishments. Suddenly, his appearance abruptly stopped when he was diagnosed with cancer and eventually passed away on September 14, 2009.

He had a sharp light brown color eye and messy dark brown color hair. He had a muscular physique with the body measurements are as follows 44 inches chest, 34 inches waist, and 36 inches hips. His biceps size was 16 inches whereas his shoe size was 10 (US).

According to the sources, the estimated net worth of Patrick Swayze was $14 million USD approximately.

Patrick Swayze was born on 18 August 1952 Patrick Wayne Swayze.  His father Jesse Swayze worked as a draftsman for chemical plant engineering whereas his mother Patsy Wayne ran a dancing school in his hometown Houston, Texas.

He had spent his early life in Oak Forest, Houston along with his four siblings Don Swayze, Sean Kyle, Vickie Lynn, and Bambi. He had completed his schooling at different schools that include ‘St. Rose of Lima Catholic School,’ ‘Oak Forest Elementary School,’ ‘Black Middle School,’ and ‘Waltrip High School.’

While growing up, he had developed his interest in dancing and joined institutes like ‘Harkness Ballet School’ and ‘Joffrey Ballet School’ to receive his dance lessons.

Patrick Swayze started his career with a musical titled ‘Grease.’ He had received his first break on the big screen in 1979 with the comedy film ‘Skatetown, U.S.A.’. In 1981, he was landed a guest role in a television show named ‘MASH’. He had earned worldwide recognition in 1983 from the film ‘The Outsiders’.

His work in the TV miniseries ‘North and South’ is considered to be a milestone in his acting career. In the film ‘Dirty Dancing’ he portrayed a dance trainer named Johnny Castle and his appearance had received huge appreciation and accomplishment across the world. The movie earned unexpected success and became a commercial hit.

He also performed singing in a power ballad titled ‘She’s Like the Wind’. Eventually, many film projects started flowing for him and appeared in movies, such as ’ ‘Next of Kin,’ ‘Road House,’  ‘Steel Dawn,’ ‘Tiger Warsaw, and ‘Ghost.’ His first major role was a lead role in the film ‘Ghost’ was highly appreciated.

His performance in the action crime movie ‘Point Break’ earned him a nomination at ‘MTV Movie Award’ for ‘Most Desirable Man.’ While shooting for the film ‘Letters from a Killer,’ he met with an accident and both his legs were fractured.

His shoulder was also hurt as he fell from a horse and smashed into a tree. In the year 2000, he resumed his acting after recovering from the injury. In the coming years, he worked in the movies Donnie Darko’ and ‘Green Dragon.’

On June 12, 1975, Patrick Swayze got married to Lisa DePrisco who is an actress-director. The couple first met at his mother’s dancing school. Unfortunately, the couple was not blessed with any child. Some Interesting Facts About Patrick Swayze