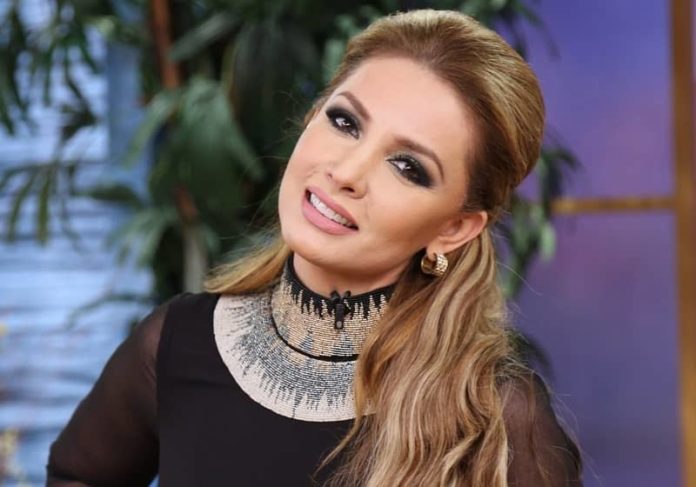 Success takes an investment of hard work, dedication, and sacrifice, this line has been very well proved by Patricia Navidad who is a Mexican actress and singer. This diva is best known for her telenovela roles as Alicia Ferreira in “La Fea Mas Bella” and Yadire in “Mariana de la Noche”.

In fact, she captured huge publicity for her role as Mireya Mendoza in the 1990s soap opera, “Cañaveral de Pasiones” which turned out to be a breakthrough for her even earning her a 1997 TVyNovela Award.

Being an actress, she is very conscious about her physique and figure and takes care of her weight which is 57 in kilograms and 126 lbs in pounds. She has a beautiful doll-like face which is complemented by her brown eyes and blonde hair.

This stunning star, Patricia earns a very decent amount of money through her professional career in the entertainment field. Having started her career at the young age of 15, she has managed to come a long way up becoming one of the popular soap opera actresses. According to the sources, Navidad’s estimated net worth is $1.2 million approximately.

Born and grew up in Culiacán, Sinaloa, Mexico, Patricia belongs to the White ethnicity. Moreover, this beautiful star developed an interest in music before acting, mainly influenced by her father, Jesús. However, she never disclosed any information about her mother and siblings.

In fact, she has also once said that her father’s voice was her actual inspiration ever since she was born. Other than this, Patricia participated in the Señorita Sinaloa(Miss Sinaloa) contest from where she got the opportunity to study at Televisa’s renowned youth acting academy, the Centro de Educación Artística.

Moving towards her career, Patricia took the first step towards her career at the age of 15 by making her music debut. Later, in the year 1997, she made her acting career when she co-starred in the comedy musical show, “Picardía Mexicana”. After that, she served the supporting role of Iris in a telenovela titled “María Mercedes”.

Apart from that, Navidad played Alicia Ferreira in the Mexican telenovela, “La Fea Más Bella”. Furthermore, this gorgeous actress had roles in other telenovelas; “Zacatillo: Un Lugar en tu Corazón”, and “Por Ella Soy Eva”. Other than this, she got starred in Lucero Suárez’s telenovela “Espuma de Venus”.

Thereafter, in the year 1988, she released her debut recording, “Instantes” which reached sales of over 100,000, it was awarded a gold record. Besides this, Patricia released her second album entitled “Mexican” in May 2000.

Talking about her relationship status, currently, Patricia seems to be single. Previously, she was engaged once back in 2007 with Emir Athié, a popular Turkish pop singer. However, their relation couldn’t last long and came to an end in the year 2008.

After two years, Navidad started to date Leonardo Bours with whom she was together for over 8 years until they broke up in 2018. As of now, she is living a happy and single life.

Here we are providing the list of favorites of Patricia Navidad: Some Interesting Facts About Patricia Navidad