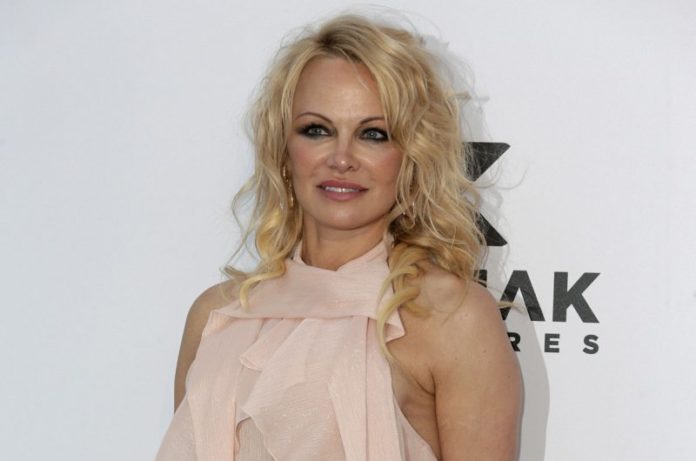 Success is what you do with your ability. In fact, it’s how you use your talent and ‘Pamela Anderson’ is one of those personalities who has achieved huge success by using her talent. She is a Canadian-American actress, model, and animal rights, activist.

She is well recognized for her appearances in Playboy magazines and holds the record of most Playboy covers by any person. She rose to fame and gained immense popularity after being selected as the February 1990 Playmate of the Month for Playboy magazine.

She is also well-known for her appearance infamous TV series such as Home Improvement, Baywatch, and V.I.P.

Her beauty is enhanced by her blue eyes and light brown hair. She is very conscious about her health and maintains her figure with the measurement of 39 inches breast, 26 inches waist, and 34 inches hips.

She is one of the popular Playboy models who earned her fortune from her modeling and acting career. In 2008, she purchased a beach home in Malibu, California and her net worth is estimated at $12 million.

Pamela was born and raised up in Ladysmith, Canada and belongs to Finnish, Romani, Saarijarvi, and Russian ancestry. She is born to her father Barry Anderson and her mother Carol Anderson. She also has a brother whose name is Gerry Anderson.

As of her education, she completed her schooling at Highland Secondary School in Comox, British Columbia where she played volleyball. In 1985, she graduated from high school and later moved to Vancouver for working as a fitness instructor.

As of her career, in 1989, she attended a BC Lions Canadian Football League game and was featured on the Jumbotron while wearing a Labatt’s Beer T-shirt after which the company hired her as a spokesmodel.

She was selected as February 1990 Playmate of the Month for Playboy magazine which provided her huge fame. In May 2004, she appeared naked on the cover of Playboy magazine and later posed naked for Stuff and GQ magazines.

Moreover, she wrote the foreword in the Playboy coffee table book and also appeared in the publication’s newsstand specials. Therefore, she was featured in many magazines cover such as W, British Marie Claire, Flare, and Elle Canada, among others.

Pamela started her career in the 1990 American sitcom, Married… with Children in a small role. She appeared in many television shows such as Home Improvement, Baywatch, V.I.P., Stacked, among others.

She also worked in small roles in TV shows such as The Nanny, Just Shoot Me!, Less Than Perfect, 8 Simple Rules, Keith & Kim, Charles in Charge, Married People, Top of the Heap, Days of Our Lives, Yalan Dunya, Package Deal, among others. She lent her voice for TV shows such as Futurama, King of the Hill, and Stripperella.

She started her career in 1991 in an uncredited role in an action film, The Taking of Beverly Hills. After that, she appeared in several films such as Blonde and Blonder, Scary Movie 3, Raw Justice, Barb Wire, Baywatch, among others. In 2016, she narrated the documentary, Unity.

As of her personal life, she first got married to Tommy Lee in February 1995 with whom she shares 2 sons, Brandon Thomas, and Dylan Jagger. But, their married life didn’t go well as her husband was arrested for spousal abuse. The couple got divorced in 1998.

In 1995, their sex tape became a huge stir on the Internet for which she sued the video distribution company, Internet Entertainment Group. After that, she got engaged to Marcus Schenkenberg and ended their engagement in 2001. Later, she engaged to Kid Rock but broke up in 2003 and later got married in July 2006.

Subsequently, they got divorced in 2007. She revealed that she often had sex with her ex-husband Lee after her divorce. In 2007, she was engaged to film producer Rick Salomon and got married in October 2007.

The couple got separated in December 2007 but remarried on an unspecified date and later got divorced in April 2015. As of now, she is dating French Footballer Adil Rami with whom she lives in Cassis, France.

Here we are providing the list of favorites of Pamela Anderson: Some Interesting Facts About Pamela Anderson