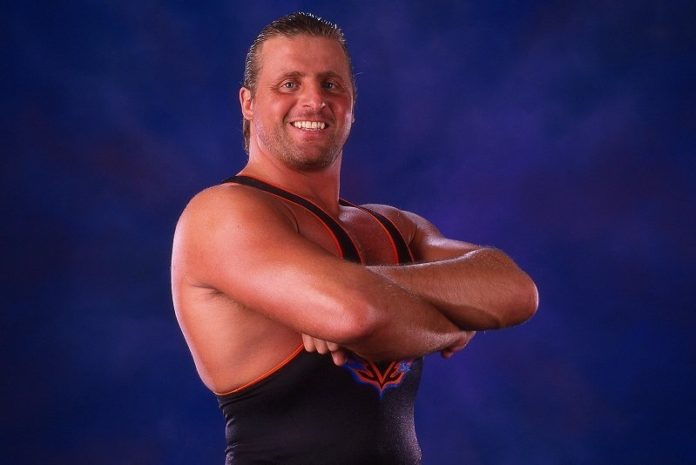 The price of success is hard work, dedication towards the dream, this line has been very well proved by ‘Owen James Hart’ professionally known as Owen Hart was a Canadian-American professional and amateur wrestler.

Owen had worked for several promotions including the World Wrestling Federation (WWF), World Championship Wrestling (WCW), New Japan Pro-Wrestling (NJPW), and Stampede Wrestling. He rose to fame and gained huge popularity in the WWF under both his own name and the ring name The Blue Blazer.

Unfortunately, he passed away during his ring entrance at the WWF’s Over the Edge pay-per-view event at the age of 34 on May 23, 1999.

He made a lot of money during his career and was an established athlete in the industry with a lot to offer and his net worth was estimated to have been $14 Million before he died.

Owen was born and raised up in Alberta, Canada, and belongs to mixed ethnicity. He was born to his father Stu Hart who was a former wrestler and his mother Helen Hart who was a house maker.

He was born and grew up with his 11 siblings Wayne, Dean, Ellie, Georgia, Bret, Smith, Bruce, Keith, Alison, Ross, and Diana. As of his education, he was out of High school as he transformed into a beast of a wrestler from his childhood.

As of his career, he initially worked for his father’s federation, Stampede Wrestling. He teamed with Ben Bassarab in 1986 and won the Stampede Wrestling International Tag Team Championship. In 1978, he won Pro Wrestling Illustrated’s Rookie of the Year Award.

At the New Japan Pro Wrestling in the year 1987, his high flying fighting style technique worked well for him where he ended up defeating big names such as Keiichi Yama and many more. He won the IWGP Junior Heavyweight Championship and became the first non-Japanese wrestler to do so.

He grabbed WWF’s attention in 1988 and got introduced in the ring with the name of the Blue Blazer. At Survivor Series ’88, he made his pay-per-view debut teaming with The Ultimate Warrior, Jim Brunzell, Sam Houston, and Brutus Beefcake against Outlaw Ron Bass, Bad News Brown, The Honky Tonk Man, Greg Valentine, and Dangerous Danny Davis.

On the 11th March 1989, he lost to Ted DiBiase on Saturday Night’s Main Event XX and was also defeated by Mr. Perfect at WrestleMania V. He went on to perform good enough in his early appearances at WWF but gradually, he faced several defeats after his style got in the eyes of his opponents.

In October 1991, WWF re-signed him and also divided his time between Japan and the USA for different promotions. On 16th March 1991, he also debuted in World Championship Wrestling’s self-titled TV show. Bret Hart assembled a team of brothers, including Owen at the Survivor Series in the year 1993 against Shawn Michaels and his team of ‘Knights’.

He pinned him down to secure a victory in the Wrestlemania 10 match against his brother and Bret went on to win the WWF World Heavyweight Championship in the same evening which enraged Owen and several clashes between the two brothers. The brothers were face to face again in a steel cage match at the 1994 SummerSlam which Bret won.

He teamed up with Yokozuna for the Tag team championship match at Wrestlemania 11 and defeated Shawn Michaels and Diesel for the title victory. In 1996, he fought mostly tag team matches and started a rivalry with his brother in law which lasted on and off for an entire year.

At the beginning of 1997, he quickly won the Intercontinental Championship and lost the title to Stone Cold Steve Austin in August 1997. In 1998, he also teamed up with Jeff Jarrett and went on to participate in several tag team matches together.

In the midst of the Blue Blazer angle on 25th January 1999, he defeated Ken Shamrock and The Big Boss Man for the tag team title, and again they defended the belts against Test and D’Lo Brown at WrestleMania XV.

On 5th April 1999, they lost the titles to the team of Kane and X-Pac. They both continued until Hart’s death in May during the Over the Edge pay-per-view event. On 7th December 2015, WWE released Owen: Hart of Gold on DVD and Blu-ray.

Reflecting on his personal life, he was a married man who tied the marriage knot with his love of life ‘Martha Joan Patterson’ whom he met during High School. The couple has been blessed with two children named Oje Edward Hart, and Athena Christie Hart.

Here we are providing the list of favorites of Owen Hart: Some Interesting Facts About Owen Hart