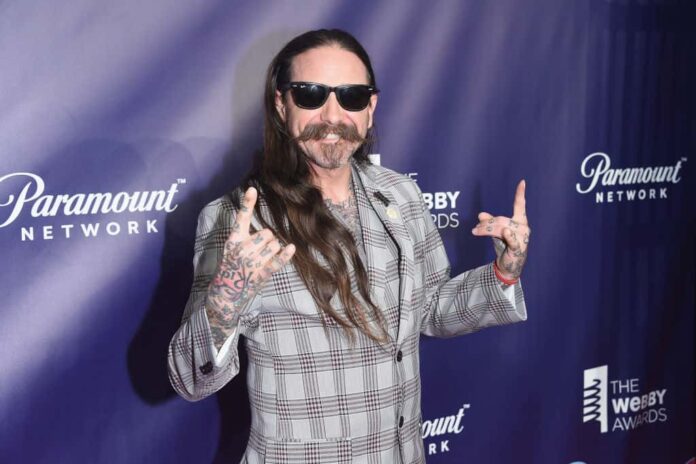 A well recognized American tattoo artist Oliver Peck is the co-owner of the Texas-based ‘Elm Street Tattoo’, and owner of the Los Angeles-based ‘True Tattoo’.  He started his journey as a tattoo artist on an interesting note as he was soon drawn to tattooing but not before having his brush with drugs and addiction.

He wanted to pursue his future in the right direction; hence he turned to his passion for drawing and started inking his way out. Soon he decided to become a professional tattoo artist. He had an incredible journey to become a tattoo artist and holds a Guinness World Record to his credit, has two famed tattoo studios, and currently serves as a judge on his flagship show ‘Ink Master’.

Oliver Peck weighs 60 kg and 154 lbs in pounds. This well-known tattoo artist has a height of 168 cm or in feet inches 5’6” tall. He has tiny dark brown color hair but mostly he is bald and has sharp wide dark brown color eyes.

According to the sources, the estimated net worth of Oliver Peck is $500,000 US dollars.

Born on July 29, 1971, Oliver Peck belongs to Texas, the US to Diane Lucas. He discovered his passion for drawing and art at a very early age. He started his journey by drawing pictures and painting canvases. Interestingly, He enrolled at the South West High School but he wasn’t a conventional student as he would attend any class that he liked.

He is an avid skater who soon became a favorite of the girls who were bowled over by his skating skills. This led the football team of the school to feel envious of Peck’s skating talent. During his teenage, he got involved in drugs and eventually got addicted, and was even incarcerated for drug abuse.

At the age of 17, Oliver Peck’s started his first stint at tattooing. He began his journey by stabbing the same pen onto his leg until the idea for tattooing struck him hard. After coming out of his drug addiction, he started borrowing money from his drug addict friends to buy tattoo equipment, and in return, he tattooed them all.

Before this, he has had no prior training in tattooing and even he had never been to a tattoo shop or even seen a tattoo magazine and didn’t even know if it were a career possibility. He is especially known for his traditional tattoo style and he largely relied on classic American traditional style and continuing with the style.

His tattoos are that they are lasting imprints of an easily readable context that gave a timeless feel. His tattoo expresses the American spirit and infused it with a modern spirit for that flawless execution. He made his professional debut when he first met Stell, a professional tattoo artist who saw something incredible about his art.

He moved to Dallas where he worked at Stell’s tattoo studio Pair-O-Dice tattoo where he got trained in a professional way. He also appeared on the television was for the American reality show ‘Miami Ink’ when he was visiting his then-wife Kat Von D. He was featured as a judge on his flagship show ‘Ink Master that made him a household name.

He holds a Guinness Book of World Records stunt where he did 415 tattoos in 24 hours in June 218, surpassing his wife’ Kat Von D’s 400 marks. He is still one of the premier traditional tattoo artists who have two commercial tattoo studios as well to his credit, Elm Street Tattoo as well as Hollywood’s True Tattoo.

Here we are providing you the list of Oliver Peck’s favorite things. Some Interesting Facts About Oliver Peck