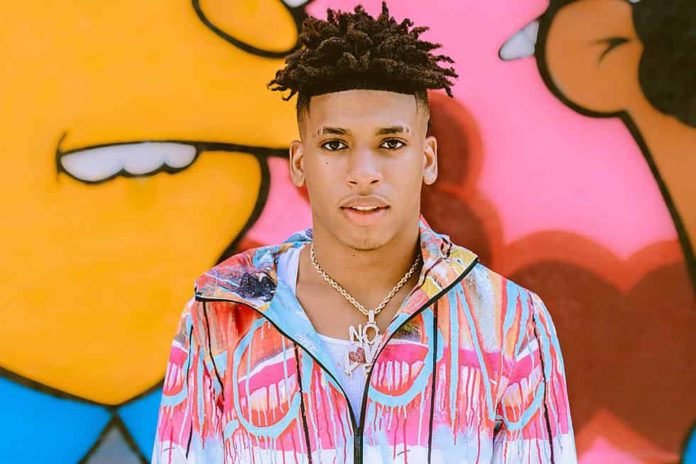 The young and talented Bryson Potts is popularly known by his stage name NLE Choppa. He is a famous American rapper, songwriter, and social media influencer. He rose to fame for his 2019 single ‘Shotta Flow’ which went viral on the internet which gained more than 15 million views in a month on YouTube.

The same song peaked at number 33 in the list of at ‘Hot R&B/Hip-Hop Songs’ chart and 81 in the ‘Billboard Hot 100’ chart. There was a bidding war ensued between popular record labels, such as ‘EMPIRE Distribution,’ ‘Republic,’ ‘Caroline Records,’ and ‘Interscope.’

NLE Choppa’s Net worth is estimated to be $300,000 US Dollars approximately.

NLE was born with a birth name Bryson Potts on November 1, 2002, in Memphis, Tennessee, USA. He was raised by his mother Angelita Ellis Potts who managed his early career. She is quite popular on Instagram as well, where she has thousands of followers. He attended ‘Cordova High School’ where he played basketball.

Along with his friends, he started rapping at the age of 14. In 2017, he released his debut song ‘No Love Anthem’ under the stage name ‘YNR Choppa’. Apart from rapping, he is also famous for his dancing skills and dance moves. Though he is nicknamed as Baby Mexico Choppa he is not a Mexican, he is an American.

In January 2019, NLE released his breakout single ‘Shotta Flow’ which has collected more than 300,000 views. After releasing this video, he gathered 10 million views within a month and became an internet sensation. An American online magazine ‘Pitchfork’ praised his song and declared it as the Song of the Day.

In March 2019, he released a sequel titled ‘Shotta Flow Pt. 2 which garnered 20 million views within two months on YouTube. His popularity and success sparked a bidding war between top recording labels but he joined hands with ‘UnitedMasters’ while retaining ownership of his master recordings.

In March 2019, he was featured in the song ‘Dreams’ from Juvenile and Birdman’s album ‘Just Another Gangsta’. He also appeared in Hoodrich Pablo Juan’s song ‘Dance’ from the album ‘BLO: The Movie.’ he also released a single titled ‘Blocc is Hot’ the song which was a tribute to Choppa’s favorite rapper Lil Wayne.

He denied a $3 million record deal and entered a distribution partnership with Steve Stoute’s independent distribution company ‘UnitedMasters.’ He marked his music festival debut in May 2019, where he performed at the ‘Beale Street Music Festival’ in Memphis. Some Interesting Facts About NLE Choppa