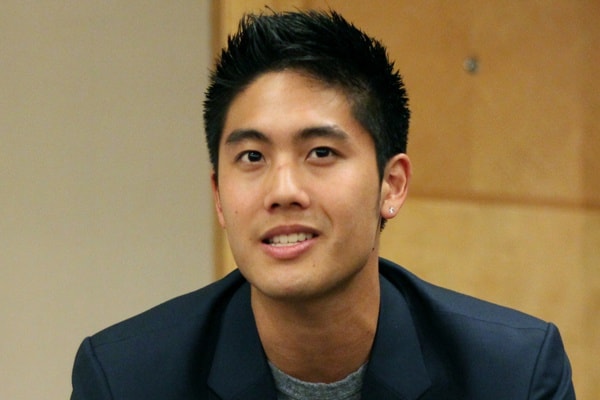 Ryan Higa is an American-Japanese YouTube personality popularly known as Nigahiga for his YouTube channel. Along with his friend Sean Fujiyoshi, he created a YouTube channel in 2006, where they posted the videos of themselves lip-syncing to songs of famous singers. He was born on June 6, 1990, in Hilo, Hawaii.

From lip-syncing, they soon shifted to comic videos. In 2015, he earned the second position in the Variety magazine’s #Famechangers Digital Star ranking. He owns to channels named ‘NigaHiga’ and ‘HigaTV’.

His net worth is estimated to be $10 million approximately.

Ryan was born to Wendell Higa and Luci Higa who is Ryan’s manager. He has an elder brother named Kyle Higa. He went to Waiakea High School in Hilo, where he suffered from bullying. Later, he was enrolled at the University of Las Vegas where he was pursuing a degree in nuclear medicine which he didn’t complete. Initially, he created a YouTube channel for sharing videos with his friends and family. When he started receiving positive comments from strangers, he started making videos for his fans as well.

He created the channel in 2006 and has gained over 2.9 billion views on his channel with ‘Nice Guys’ being the most-watched video. As the duo of Ryan and Sean were gaining popularity, director Richard Van Vleet approached them and helped them create the movie ‘Ryan and Sean’s Not So Excellent Adventure’.

Later, Ryan was starred in the short movie ‘Ninja Melk’ along with Tim Enos and Tarynn Nago who had helped the duo in setting up the NigaHiga channel. He is most fond of the 35-minute short called ‘Agents of secret stuff’ which features many other YouTubers and actors. Some Interesting Facts About Ryan Higa