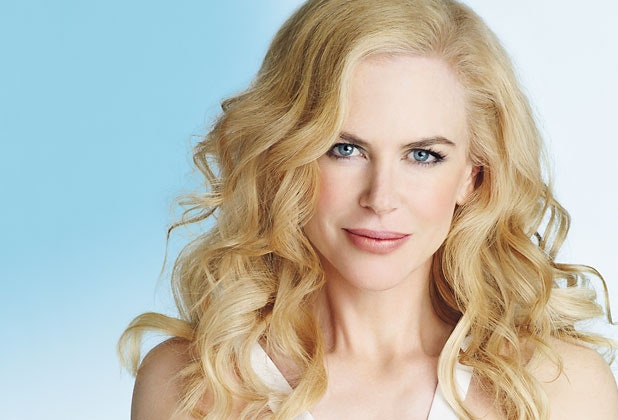 An American born, Australian actress Nicole Kidman has a long list of awards, honors and achievements in her kitty including Australia’s top civil honor the Companion of the Order of Australia. She is undoubtedly one of the reigning actresses who have given excellent performances repeatedly.

She was born as Nicole Mary Kidman AC on June 20, 1967.  She is an iconic figure ever since her debut in the Australian film industry. After her performance in ‘Days of Thunder’ she became a part of some of the best Hollywood flicks including, ‘Batman Forever’, ‘To Die For’, ‘Moulin Rouge’, ‘The Others’, ‘The Hours’ and so on. She is actively involved in philanthropic activities which include the welfare of women.

Nicole Kidman weighs 58 kg and 128 lbs in pounds. She has a model-like figure with a height of 180 cm or in feet inches 5’11”. She looks beautiful in red color hair and sparkling blue color eyes with thick eyebrows. Her figure measurement is 34-36-23 approximately. She has radiant skin and high cheekbones.

According to the sources, Nicole Kidman’s estimated net worth is $140 million approximately.

Nicole Kidman was born to David Kidman who was a biochemist and clinical psychologist and Janelle Ann worked as a nursing instructor. She has a younger sister Antonio Kidman who is also a famous Australian TV personality.

She attended Lane Cove Public School and later North Sydney Girls’ High School for her elementary education. Since she was interested in acting, she was enrolled in Victorian College of the Arts in Melbourne and Phillip Street Theatre in Sydney.

In 1983, she began her acting career and was starred in various Australian film and television productions. Later she landed on a series of diverse roles. She received a major breakthrough in 2001 when she was starred in the musical fantasy ‘Moulin Rouge!’ and earned her first Academy Award nomination.

She was featured in Stephen Daldry’s ‘The Hours’ for which she was bestowed with an Oscar, Golden Globe and BAFTA for the same, in addition to the numerous critics’ awards. For the movies To Die For’, ‘Moulin Rouge’ and ‘The Hours’, she won three awards out of ten nominations at the Golden Globe awards.

In 1994, she was appointed as a goodwill ambassador for UNICEF and she worked towards uplifting the living condition of underprivileged children.

Tom Cruise was her first husband and the couple adopted a daughter, Isabella Jane and a son, Connor Anthony. After a few years, the two separated stating irreconcilable differences as the reason. N 2006, she again got married to Keith Urban and the couple is blessed with two biological daughters, Sunday Rose Kidman Urban and Faith Margaret Kidman Urban.

Here we are providing you the list of Nicole Kidman favorite things. Some Interesting Facts About Nicole Kidman