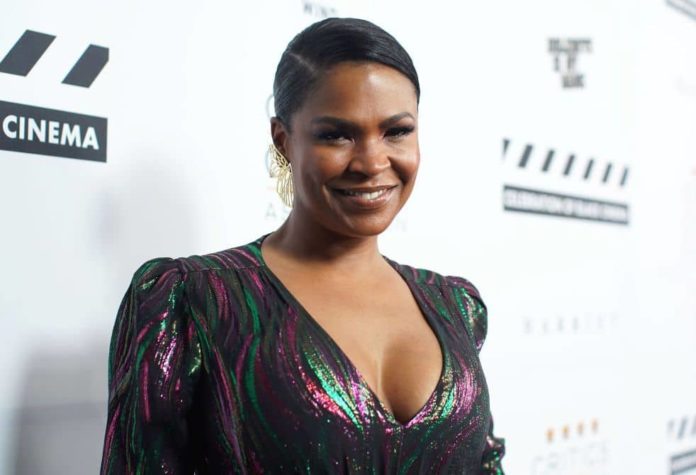 If we said that Beauty is being the best possible version of herself and this line is well proved by the gorgeous American actress, Nitara Carlyn Long who is renowned as ‘Nia Long’. For her contribution to the entertainment industry, she is honored with Black Reel Awards and Image Awards.

She rose to fame and gained huge popularity with her roles in television series like The Fresh Prince of Bel-Air and Third Watch. In addition to this, she is a music video director who directed videos like “Baby” and “This Too Shall Pass”. Nia is blessed with exotic and charming looks which enabled her to create a glamorous image in the industry.

Born on 30 October 1970, this gorgeous lady has turned 52 years old. This lady has a good height of 157 Centimetres and is 5’2” in Feet & Inches. Her black eyes and shiny dark brown hair enhance her beauty.

She seems fit with a weight of 57 kilograms and 127 lbs in pounds. Her figure measures 38 inches breast, 28 inches waist, and 38 inches hips.

She has a decent amount of money and fame through her profession in the field of entertainment. Her net worth is estimated to be $13 million approx.

Nia was born and raised up in Brooklyn, New York, U.S. and belongs to the Afro-American ethnicity. She is the lovely daughter of her father Doughtry Long who is a high school teacher and poet while her mother Talita Long is a teacher and printmaker. When she was two years old her parents got separated.

She moved to Iowa City, Iowa with her mother where she was raised with her older half-sister, Sommore. As per her education, she completed her schooling at St. Mary’s Academya and Paseo Del Rey Elementary School. For her higher studies, she went to Westchester High School.

As per her career, she started her career with the film named ‘Buried Alive’ in 1990. Before appearing as Nina Mosley in the 1997 American romantic drama film ‘Love Jones’, she appeared in films like ‘Boyz n the Hood’, ‘Made in America’, and ‘Friday’. Later, she appeared in the film ‘Boiler Room’ in 2000.

She joined the cast of the drama ‘Third Watch’ in 2003 and continued the series finale in 2005. She appeared in many notable films such as The Single Moms Club, Big Momma’s House, The Best Man Holiday, Soul Food, Are We There Yet?, Boiler Room, The Banker, Lemon, and 47 Meters Down Uncaged.

Moreover, she appeared in the video for Kanye West’s “Touch the Sky”. She appeared and co-directed Ashanti‘s music video, “Baby”.

Reflecting on her personal life, she is not married yet but got engaged two times. She got engaged for the first time with Massai Z. Dorsey in 2001 and the couple was blessed with a son named Massai Zhivago Dorsey II in 2000.

Unfortunately, they got separated after 10 months of their engagement. After that, she got engaged for the second time with Ime Udoka in 2015, and the couple dated since 2009 and are still together.

The lovely couple welcomed their child in 2011 named Kez Sunday Udoka. Previous to this, she got involved in many love affairs which includes Kendu Isaacs, Chris Webber, Will Smith, Mick Jagger, Kevin Phillips, Dwight Freeney, Cuttino Mobley, and Joel Gonzales. 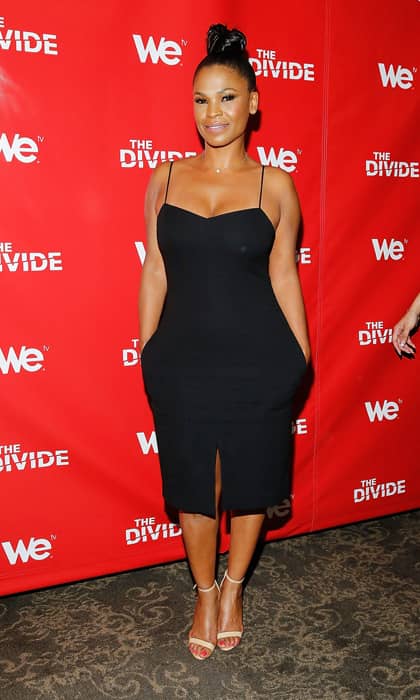 Some Interesting Facts About Nia Long