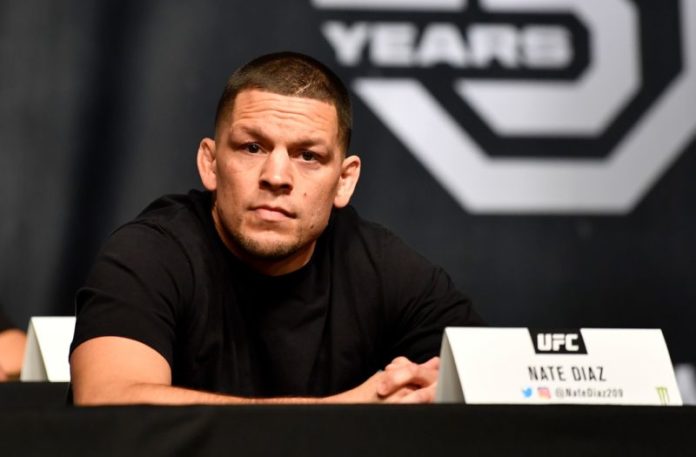 He can fight at any weight class it doesn’t matter because he came only to fight and he is Nate Diaz aka Nathan Donald “Nate” Diaz who is an American professional mixed martial artist. Moreover, he signed with the UFC (Ultimate Fighting Championship).

Born on April 16, 1985, Nate Diaz turns 37 years old. He is towering tall with a height of 183 in centimeters and 6 in feet & inches. He possesses a fit and healthy personality with a weight of 77 kilograms and 170 lbs in pounds.

According to the sources, the estimated net worth of Nate Diaz is $2 Million.

Nate was born and raised up in Stockton, California, USA, and belongs of English and Mexican Mixed descent. His mother’s name is Melissa Diaz whereas no information available about his father. His brother’s name is Nick Diaz. He completed his schooling at Tokay High School and there is no further information about his academic qualifications.

He commenced his career by competed for World Extreme Cage fighting (WEC) initially. After that, he signed for the Ultimate Fighting Championship (UFC). For the WEC Lightweight Championship at WEC 24, he fought against then-champion Hermes Franca but in the second round of the match, he lost by submission.

He tied the record of most submission wins in UFC lightweight division history (7) with Jim Miller. He also tied the record for most post-fight bonus awards in UFC history (15) with Joe Lauzon.

He is in a romantic relationship with Misty Brown and in 2018 he announced that his girlfriend had given birth to their daughter. 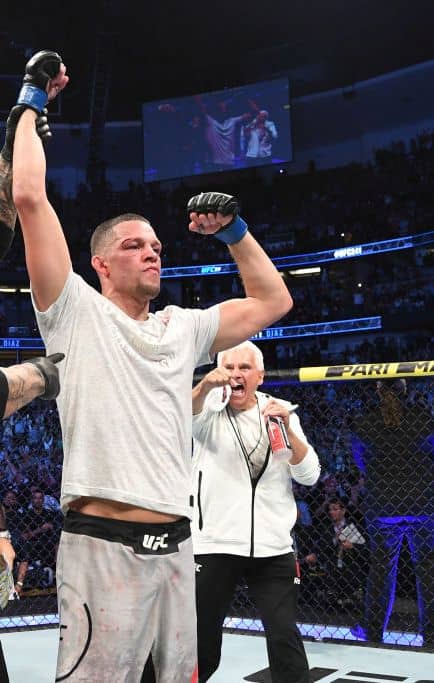 Some Interesting Facts About Nate Diaz