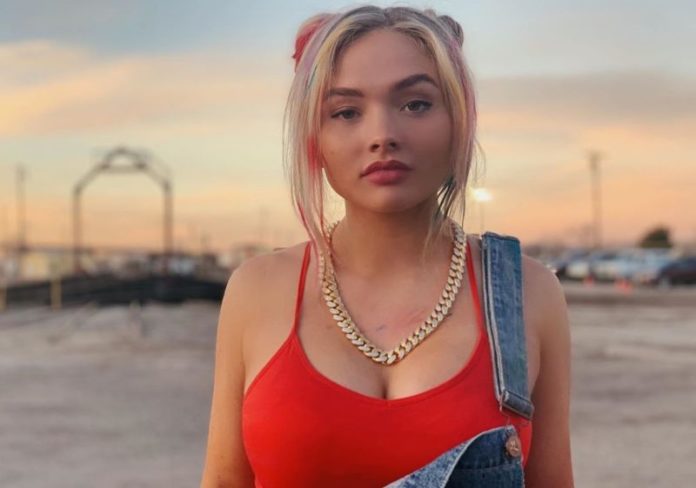 Hard work, determination, and persistence are the essential ingredients in the recipe of success, this line has been very well proved by ‘Natalie Alyn Lind’ who is an American actress. She is well recognized for her recurring role as Dana Caldwell in the American television series “The Goldbergs” as well as for Lauren Strucker in the American superhero television series “The Gifted”.

She is also famous for being a beautiful daughter of American actress, Barbara Alyn Woods who is mostly known for her role in the American television series “One Tree Hill”.

Her beauty is enhanced by her brown eyes and blonde hair. She is very conscious about her health and maintains her figure with the measurement of 35 inches breast, 24 inches waist, and 34 inches hips. Her bra size is 34B while her shoe size is 7 (US).

She has earned a good amount of money from her profession as an actress and has an estimated net worth of $3 million.

Natalie was born and raised up in Los Angeles, California, USA, and belongs to white ethnicity. She is born to her father John Lind and her mother Barbara Alyn Woods. She also has two lovely sisters named Emily and Alyvia. As for her education, she didn’t reveal any information with regards to her education and educational qualifications.

As of her career, she started her career in 2006 following her mother’s footsteps in the role of Alicia in the American television series “One Tree Hill”. After that, she appeared as a guest in many TV series such as “Flashpoint”, “iCarly”, “Army Wives”, and “Criminal Minds”.

She played the role of Grandniece in the Television movie “November Christmas” in 2010 and later appeared in two movies “Blood Done Sign My Name” and “Kaboom”. In 2013, she acted in the movie “Dear Dumb Diary”. She got her big breakthrough with the recurring role of Dana Caldwell in the American television series “The Goldbergs” in 2013.

Reflecting on her personal life, she is not married yet but she has been in a beautiful relationship with Vincent Stake. Previous to this, she also dated American actor, Aramis Knight. But both broke up in 2016.

Here we are providing the list of favorites of Natalie Alyn Lind: