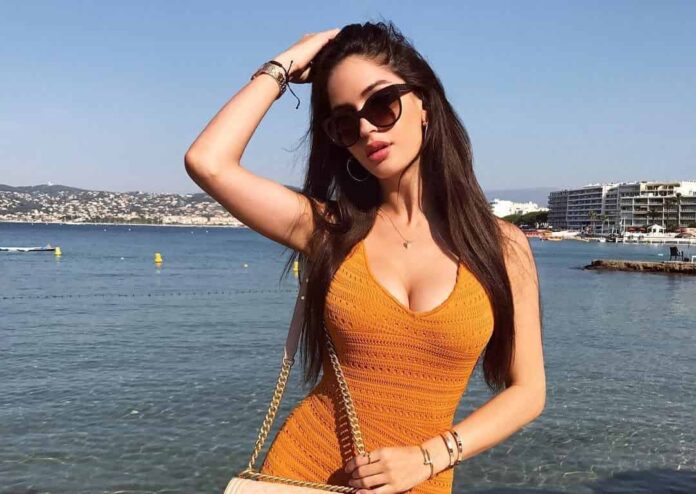 The already famous singer, dancer, and DJ, Natalia Barulich is an American model who is of Cuban-Croatian origin. The other reason for her ever-growing fame is her relationship with Latin Grammy Award-winning Colombian singer and songwriter Maluma.

Natalia has appeared on several music videos including the song ‘Felices Los 4’ which is Maluma’s most popular song. With her friend and violinist Esther Anaya, she is also part of the female DJ duo ‘Atmsphere’. The duo is mentored and managed by legendary bassist Randy Jackson. Natalia has featured on the covers of magazines like ‘Maxim’, ‘FHM’, ‘L’Officiel’ and ‘Esquire’.

Born on January 13, 1992, Natalia Barulich is currently 29 years old. As a professional model, she has kept herself fit and has a well-maintained body figure. Her body figure measurements are 34-25-35 and she wears no. 8 in the shoe size. Her height measures 5 feet 7 inches and her weight is 50 kg approximately. She has a very rare set of Greyish-hazel colored eyes and her hair is of Brunette color.

Professional models can earn a lot of money and Natalia Barulich is not only a model but is a singer, dancer, and DJ as well. She has been working in the industry for a long time and most of her net worth comes from her work as a DJ and a model. The total net worth estimated for Natalia Barulich is $750,000 US dollars as of now.

Natalia Barulich was born and raised in California, USA. She has been quite private when it comes to her personal life and has not shared many details about it. She has studied at her High School and it is not known if she attempted any further education.

When she was young, Natalia Barulich performed in professional ballet but decided to ditch ballet later on. She took modeling assignments from prestigious brands and pursued her career as a DJ at the same time. She has been featured on topmost fashion magazines in the world and has also earned success as a model.

In global advertising campaigns, Natalia has appeared as a Guess model for lingerie and swimwear. On Mercedes Benz’s award-winning advertisement ‘Bespoke’, she was the principal actress. Natalia has appeared on music videos by artists like Calvin Harris, Jencarlos Canela, and Britney Spears.

Esther Anaya who has worked with stars like Kanye West, Rihanna, and Cristian Castro formed a female DJ duo with Natalia Barulich which is called ‘Atmsphere’, a name they adopted from the place of their first meeting.

In March 2015, their debut performance was at the Winter Music Conference in Miami. In Barcelona, they were the featured entertainment at the Guess Gala in 2016, and at the Encore Beach Club and Intrigue, they perform regularly.

Natalia Barulich has been in a relationship since 2017 with Juan Luis Londoño Arias also known as Maluma.

Here we provide you the list of Natalia Barulich’s favorite things.

Some Interesting Facts About Natalia Barulich