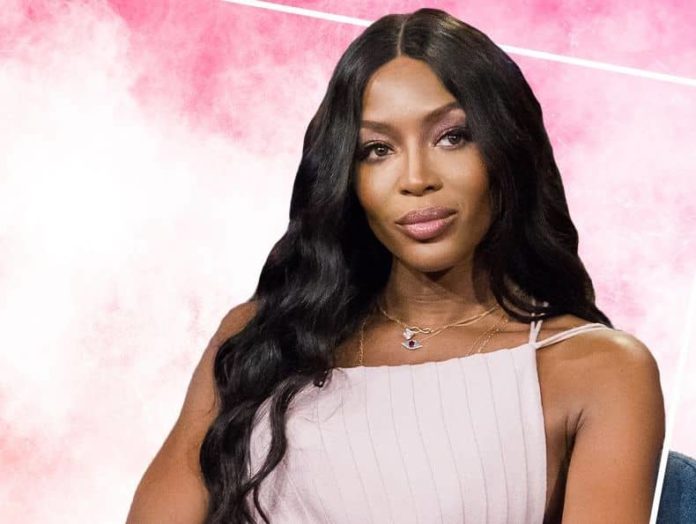 An English model and actress Naomi Campbell has kicked off her career at the age of 15 as a model. Today, she has become one of the most recognizable and sought-after models in the 1990s. She was one among the six models who was declared a ‘Supermodel’ by the fashion industry.

She is a multi-faceted personality who is not just active in the modeling field but has also earned name and fame through acting, singing, and a variety of business ventures. As an activist, she is involved in a lot of charity work and frequently contributes to various causes and events.

Though she has an eventful career, she was involved in controversies as well because of her drug and alcohol addiction.

Naomi Campbell weighs 58 kg and 128 lbs in pounds. She is a multi-faceted personality who has a height of 177 cm or in feet inches 5’9.5” tall. She has silky and straight black color hair and sharp dark brown color eyes.

She has a lean physique with a figure measurement is 34 inches breast, 24 inches waist, and 34 inches hips approximately. She will turn 52 years old in May. Her bra size is 33B whereas her dress size is 2 and her shoe size is 8 (US).

According to the sources, the estimated net worth of Naomi Campbell is $60 million USD approximately.

Born on May 22, 1970, the real name of Naomi Campbell is Naomi Elaine Campbell. This Jamaican celebrity is a native of Streatham, London, England. Her mother is Valerie Morris Jamaican-born dancer. Her mother was being abandoned by her father when her mother was pregnant.

But later her mother got married to another man and she got her stepfather’s surname ‘Campbell’. During her early years, she resided in Rome after returning to London, she was left with her relatives while her mother toured across Europe.

She attended Barbara Speake Stage School for elementary education. To polish her modeling skills, she was enrolled at Italia Conti Academy of Theatre Arts.

In 1978, Naomi Campbell made her debut at the age of seven and appeared in a music video for Bob Marley’s song “Is This Love”. While attending Italia Conti Academy, she grabbed the attention of the head of the Synchro Model Agency, Beth Boldt. Before she turned 16, she was featured on the cover of ‘British Elle.’

Later, she got an opportunity to walk the ramp for the designers Azzedine Alaïa, Isaac Mizrahi, and Gianni Versace and has also posed for photographers like Peter Lindbergh and Bruce Weber. Along with Linda Evangelista and Christy Turlington, she had formed the trio “Trinity” and sooner the trio became the most in-demand and popular models of their generation.

In 1987, she became the popular face of the cover of ‘British Vogue,’ as the publication’s first black cover model. Lately, her fellow models Turlington, Crawford, Claudia Schiffer, and Evangelista went on to be declared as “supermodels” by the fashion industry. She also posed for the 100th anniversary cover of American Vogue with other top models.

In the year 1999, she had launched a line of her signature fragrances along with Wella’s Cosmopolitan Cosmetics. In 2007, during Dior’s 60th-anniversary fashion event at Versailles, she had walked the ramp. On the 40th-anniversary issue of ‘Essence’, she appeared with Iman and Liya Kebede in 2011.

She appeared on the reality television modeling competition show, ‘The Face’ as a participant. She got an opportunity to appear as a supermodel mentor in ‘The Face Australia’. She was cast in Fox’s series ‘Empire’ as Camilla Marks.

Here we are providing you the list of Naomi Campbell’s favorite things. 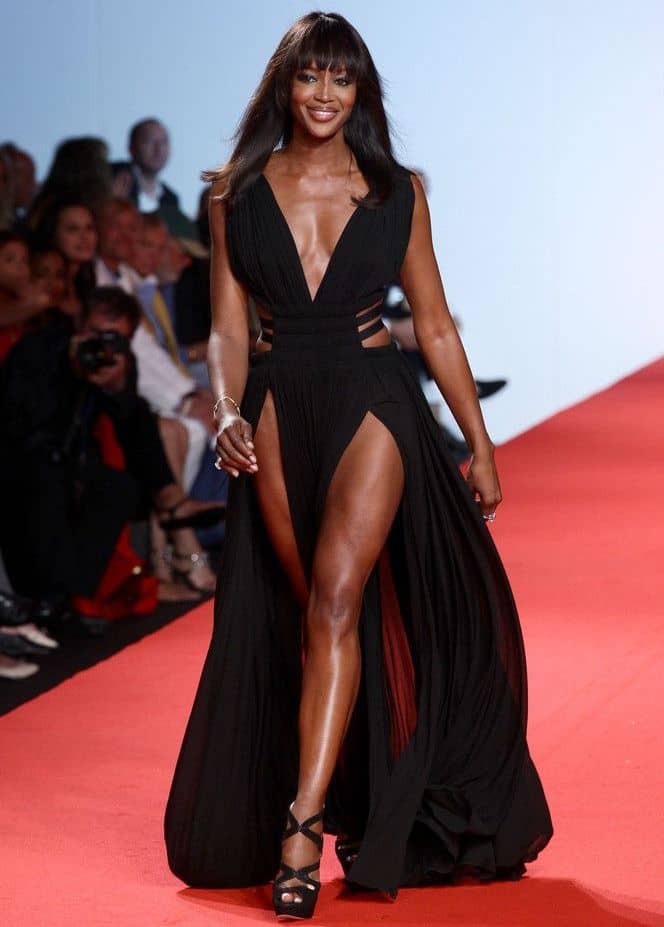 Some Interesting Facts About Naomi Campbell