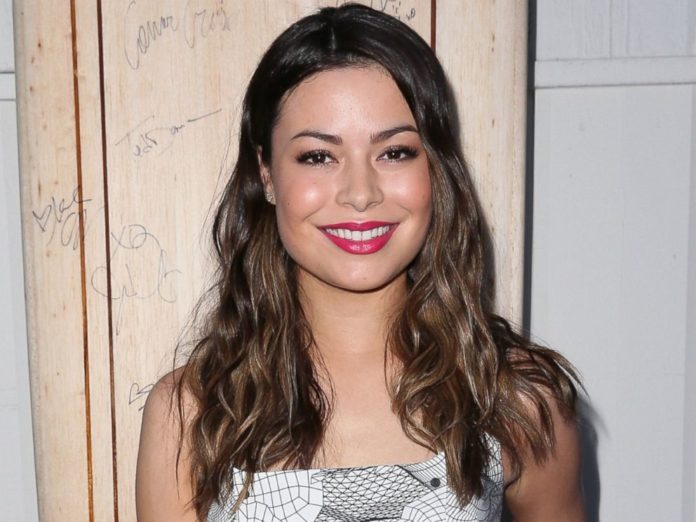 Some kids are destined to be popular as they are born with talents. Miranda Cosgrove made her TV debut at the age of three in a TV commercial and has become a popular celebrity as she has climbed the ladders of success with her talented singing and skilled acting.

Famous for voicing the eldest of Gru’s daughter ‘Margo’ in the ‘Despicable Me’ film series she is also well known for playing Megan Parker on the TV series ‘Drake and Josh’ on Nickelodeon. In 2012 Miranda was the highest-paid child actress in the world.

She has given the world a number of good singles that include ‘About You Now’, ‘Kissin U’, and many others. Uploading covers for her fans and followers, Miranda also owns a YouTube channel where she uploads her songs.

Born on May 14, 1993, Miranda Taylor Cosgrove is currently 29 years old. She has a slim but toned body and has an athletic body type with her body measurements of 34-26-35. She wears no. 7 in the shoe size. Miranda’s height measures 5′ 6″ in feet and her weight is 55 Kg. This beautiful young actress has Brown colored eyes and Dark Brown hair.

Miranda has been involved in the Hollywood entertainment industry for quite a long time. She has been working as an actress as well as a singer and has gathered a huge amount of wealth. She has also been the highest-paid child actress in 2012. She also owns a lavish house and lives a luxurious lifestyle as seen in her photos. The total estimated net worth for Miranda Cosgrove is $8 million USD as of now.

Miranda Taylor Cosgrove was born and brought up in Los Angeles, California, USA. She is the only child of her father Tom Cosgrove and her mother Chris Cosgrove. Her family was always supportive of her career in the entertainment industry and her mother supervised it when she was a child.

Miranda has been homeschooled probably because of her busy schedule as well as acting and singing ventures but later she went on to attend The University of Southern California and graduated from there.

When she was just three years old, Miranda Cosgrove’s rise to stardom began. a talent agent approached her and her mother for her modeling when she was dancing and singing in a restaurant. Miranda was cast in commercials for McDonald’s, Mello Yello, and Burger King. In 2003 she made the film debut with the movie ‘School of Rock’.

She received her major breakthrough ‘School of Rock’ when she was cast in the series ‘Drake and Josh’ and played the role of Megan Parker. In 2007 she took the role of Carly Shay in ‘iCarly’ which became more popular than any of her other roles.

In 2011 she was also awarded the Best Example to the Youth award and also in 2013 she won the Favourite international artist award for ‘iCarly’.

Here we provide you the list of Miranda Cosgrove’s favorite things. Some Interesting Facts About Miranda Cosgrove