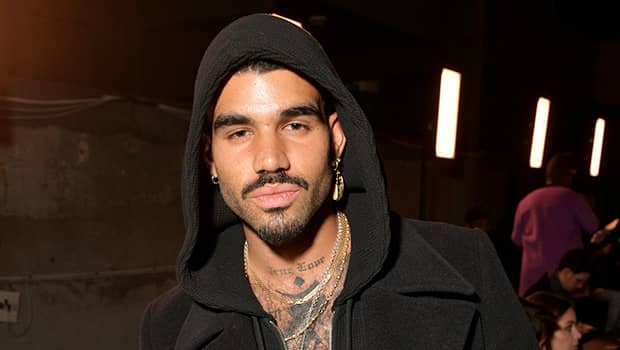 The firstborn from his second spouse Diane Alexander; Miles Brockman Richie is the son music icon, Lionel Richie. Born with a silver spoon in his mouth, Miles has always lived a luxurious life due to his father’s popularity.

Miles has worked as a model and has been in a lot of controversy and media attention for faking news that he is carrying a bomb. Miles has risen to popularity for his presence with Kendall and Kylie Jenner for years as well as some of his modeling ventures.

Born in 1994, Miles Brockman Richie celebrates his birthday on the 27th of May. Currently, Miles is 28 years old. Miles appears to have a toned but slim body and his body measurements include his chest which is 41inches, waist is 32 inches and hips are 33 inches.

Born to Diana Alexander, his mother and Lionel Richie, his father Miles Brockman Richie is born and brought up in the USA along with his two sisters Sofia Richie who is also a Model and Nicole Richie who is a Fashion Designer. Much information about his schooling is not disclosed but it is known that he has graduated from high school.

Miles is signed to Wilhelmina Models and deals with modeling. This up-and-coming model was part of designer Philipp Plein‘s outrageous show at New York Fashion Week in February 2018, which was Miles’s first show as well.

Diddy‘s son Christian Combs, and Snoop Dogg‘s son Cordell Broadus are some other music progeny who joined Miles on the runway while he walked with an outfit similar to that in the movie The Matrix. Miles reportedly became angry and allegedly told an airline employee that he had a bomb in his bag after he wasn’t allowed to board on a flight at London’s Heathrow Airport on January 21, 2019.

He threatened the airline’s employee that he’d detonate the bomb if he wasn’t allowed on the plane. But it was later discovered that he was lying about it and what he actually had was a bag consists of a battery.  After throwing his star tantrums on the officers it was also reported that he punched the officer in rage. Miles was given relaxation for the first time but was also given a formal warning that goes on his record.

Here we provide you the list of Miles Brockman Richie’s favourite things.