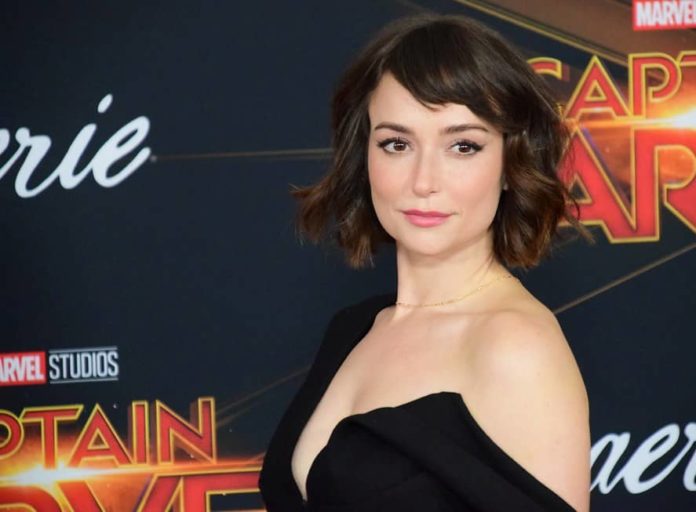 Beauty captures the attention but the talent captures the heart, this line is very well proved by Milana Vayntrub who is an Uzbekistan-born American actress and comedian. Moreover, she is eminently known for playing the character, Lily Adams, in a series of AT&T television commercials.

Apart from that, this stunning beauty has won the heart of many people through her hard work and dedication in the field of acting.

Her beauty is enhanced by her light brown eyes and brown hair. She is very conscious about her health and maintains her figure with the measurement of 35 inches breast, 25 inches waist, and 36 inches hips. Her bra size is 32C while her shoe size is 8 (US).

Milana has accumulated a very decent amount of net worth through her professional career as an actress and comedian.

Moreover, at the very young age of 5, she started to earn a good amount of money through appeared in several advertisements for toys including Barbie and Mattel. According to the sources, her estimated net worth is $3 million approximately.

Born in Tashkent, Uzbek Soviet Socialist Republic, USSR, Milana belongs to the white ethnicity. However, she is quite private about her personal life so she never disclosed any data about her parents and siblings. As for her education, Vayntrub enrolled at Beverly Hills High School however she dropped out after her sophomore year and got a GED.

Furthermore, she was admitted to the University of California, San Diego where she graduated with a Bachelor of Arts degree in Communications. Later, she also studied at the Upright Citizens Brigade Theater in order to improve her acting skills.

Talking about her career, Milana has a deep interest in the entertainment industry and always wanted to become an actress. Moreover, she took the first step towards her career at the very young age of 5 by appearing in Barbie and toy commercials.

Later, she moved to play her very first television role as Tatiana in the hit 90s medical drama, ER which was aired on the NBC network from 1994 to 2009. Unfortunately, she made her appearance in only one episode. Furthermore, she played a crucial role as the younger version of the character Kristen DiMera on another popular NBC show, Days of Our Lives.

Apart from that, this gorgeous diva served the role of a Posse Member in the Disney Channel teen sitcom, Lizzie McGuire in the year 2001. However, she often chooses to play small roles, supporting roles, and guest appearances in her TV shows and films including Life Happens, in which she played the role of Tanya in 2011.

Additionally, in the following year, Milana also played the lead role in the music video for Teenage Tide by Letting Up Despite Great Faults. After that, she also got her guest appearance in two episodes of the HBO sitcom Silicon Valley, playing Tara.

Other than this, she also contacted telecom giant AT&T, where she ended up starring in several ads as Lily Adams. In fact, she has also made her appearance in plenty of advertisements for the company since 2013. Later, she was also seen to play the role on Yahoo Screen’s original online series, Other Space.

Similarly, Milana served as a voice artist by gave her voice to Doreen Green aka Squirrel Girl in the Marvel Comics animated series, New Warriors. She also got appeared in several notable films including Life Happens (2011), Junk (2012), and Ghostbusters (2016).

Moreover, her role was more appreciated in New Warriors which is her very first voice acting portrayal. Vayntrub also got a short role in the award-winning NBC comedy-drama show, This is Us. Besides working in films and TV series, she also appeared in several web series such as Wrestling Isn’t Wrestling, Something More Interesting, That Moment When, etc.

She also served the lead role in the Quibi streaming television series Die Hart and in the short film The Shabbos Goy as Hannah, both released in July 2020. Apart from that, Milana also runs a YouTube comedy channel, Live Prude Girls along with actress Stevie Nelson.

Moreover, in the year 2011, this channel was created. Currently, the channel has accumulated more than 100 k subscribers and earned almost 11,948,656 views with more than 30 videos.

As of her relationship status, in the year 2016, Milana entered into a romantic relationship with famous singer and writer John Mayer. However, their relationship came to an end due to some personal issues. Moreover, John is best known for his songs such as Your body is a Wonderland, Bigger than my Body, No such thing, etc.

Here we are providing the list of favorites of Milana Vayntrub: 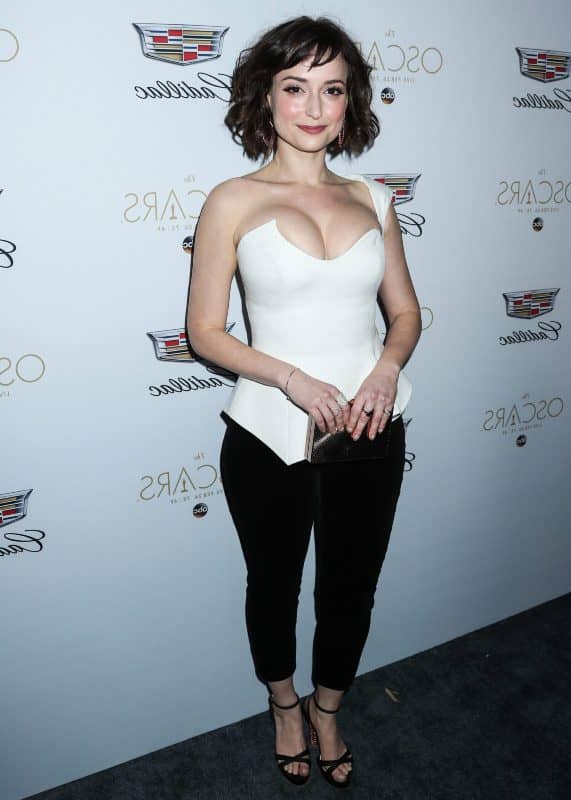 Some Interesting Facts About Milana Vayntrub