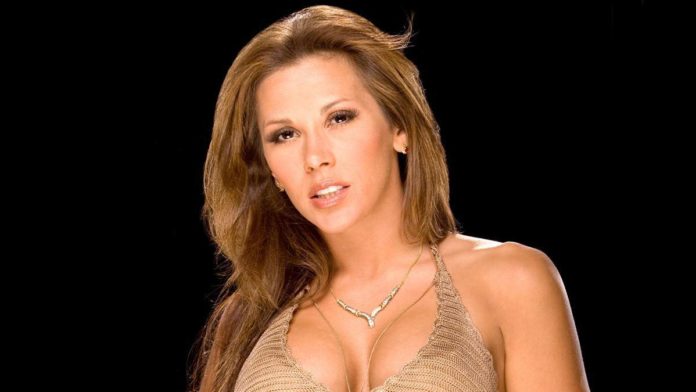 Mickie James is an accomplished American professional wrestler, country singer, and model who was born on August 31, 1979, in Richmond, Virginia, United States. Currently, she is associated with the “World Wrestling Entertainment” under the brand “RAW”.

James has made records at WWE and TNA. While CM Punk was wrestling for TNA, Mickie James became his manager. She has composed and sung her own entrance song named “Hardcore country”. She has become the only diva to who has won “WWE women’s title”, “WWE Divas Title, and “TNA Knockouts Championship”.

Her eye color is dark brown and her hair color is also dark brown. Mick Kick, Cross-Legged STF, and Jumping DDT are some of her finishing moves.

Her father, Stuart James worked as a retired wastewater-treatment worker and landscaper and her mother Sandra Knuckles was a teacher and real-estate agent. Just after her birth, her parents got separated and her custody was given to her mother.

She has one real sister, one half-sister, one half-brother, and three stepbrothers. She grew up in Montpelier, Virginia, and attended “Patrick Henry High School” for her graduation. While growing up she had spent most of the time at her grandmother’s horse farm.

In 2009, she started recording a country record and released two full studio albums Strangers & Angels in 2010 and Somebody’s Gonna Pay in 2013. Some Interesting Facts About Mickie James