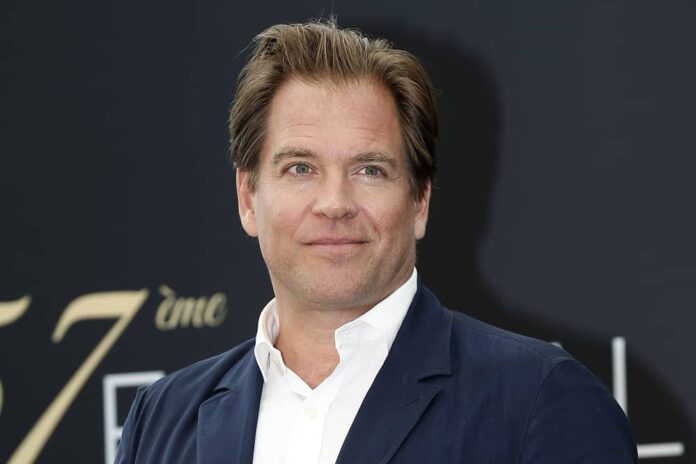 Best recognized for playing Logan Cale in the drama ‘Dark Angel’ and Anthony DiNozzo in the series ‘NCIS’, Michael Manning Weatherly Jr. is an American actor, director, and producer. The actor is one of the prominent figures in Hollywood and has also contributed to the songs ‘Under the Sun’ and ‘Bitter and Blue’ for NCIS as a musician.

The American actor has acted in a number of movies such as ‘Meet Wally Sparks’, ‘The Last Days of Disco’ and ‘Gun Shy’, to name a few and has earned multiple nominations for various awards. He was recently appreciated for portraying the character of Dr. Jason Bull in his drama ‘Bull’.

Born on the 8th of July 1968 Michael Weatherly has turned 54 years old. He is tall and has a healthy body figure. His body figure measurements are 44-34-38 with his biceps measuring 16 inches. His height measures 6 feet 3 inches and his weight is 87 kg approximately. Weatherly has blue-colored eyes and the color of his hair is dark brown.

Although he has done many jobs in the past, Michael Weatherly rose to fame as an actor in the Hollywood entertainment industry and has earned most of his wealth through his acting ventures. He has been a part of many high grossing movies and therefore has earned a lot of wealth. The total net worth estimated for Michael Weatherly is $45 million US dollars as of now.

In the 1991 TV drama series ‘The Cosby Show’, Michael Weatherly got his first acting role. Later he appeared in the dramas ‘The City’ and ‘Loving’. He acted in the movies ‘Asteroid’ and ‘Meet Wally Sparks’ in 1997 and guest-starred in an episode of ‘Spy Game’.

The actor played roles in the series ‘Significant Others’ and ‘Jesse’ in 1998 and also got featured in the film ‘The Last Days of Disco’. He soon guest-starred in the dramas ‘Charmed’ and ‘The Crow: Stairway to Heaven’ and then acted in the movies ‘Gun Shy’ and ‘The Specials’ in 2000.

He also joined the cast of ‘Dark Angel’ as ‘Logan Cale’ the same year and later played Anthony “Tony” DiNozzo in the series ‘NCIS’. The American star guest-starred in a number of TV programs from 2012 to 2015 and was cast in the lead role of Dr. Jason Bull in the drama ‘Bull’ in 2016.

He has dated many celebrities in Hollywood but is currently married to Bojana Jankovic and has two sons and a daughter.

Here we provide you the list of Michael Weatherly’s favorite things. Some Interesting Facts About Michael Weatherly