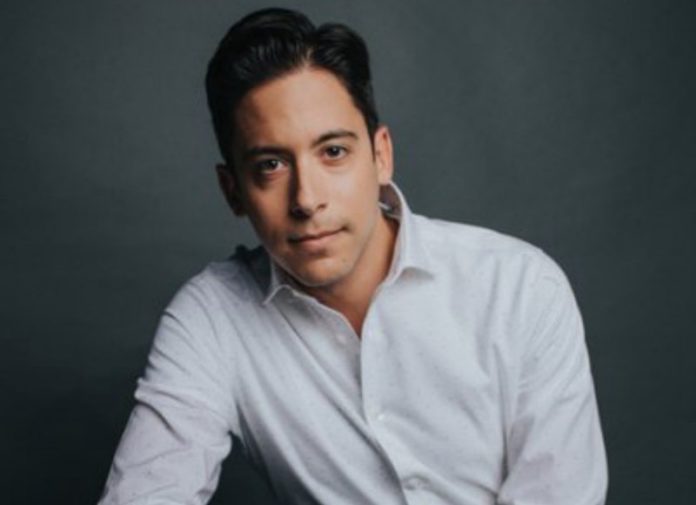 An American conservative political commentator Michael Knowles is best known for his scathing attacks on liberals and leftists. Being a conservative, he is also a supporter of President Donald Trump. He started his career working in the acting domain but landed up to be an author, podcaster, and commentator.

He had received mixed reviews for his empty book ‘Reasons to Vote for Democrats.’ He has earned media attention for throwing controversial comments and has invited a lot of criticism from leftists and environmentalists.

Michael Knowles is 172 cm and in feet inches, his height is 5’8” tall. He is a dedicated conservative who weighs 66 kg in Kilograms or 145 lbs in Pounds. He has turned 32 years old.

He has a sharp brown color eye and has spooky black color hair. He has a lean physique with the body measurements are as follows 38 inches chest, 30 inches waist, and 34 inches hips.

According to the sources, the estimated net worth of Michael Knowles is $1 million approximately.

Michael J. Knowles was born on March 18, 1990, to parents of Italian descent. He is the native of Bedford Hills, New York, U.S, and was raised in a highly conservative Catholic family. Though he attended classes of the ‘Confraternity of Christian Doctrine’ but always questioned his faith, and ended up being an atheist.

He was academically brilliant but aspired to become an actor and also participated in school plays.  He has also pursued professional training in acting and joined the ‘Stella Adler Studio of Acting’.

Before starting his full-time acting career, he had attended ‘Yale University,’ and earned a BA degree in history and Italian. While in college he was confused and was trying to analyze theism and atheism. Lately, he decided to again follow Christianity after a long research.

After graduation, Michael Knowles had pursued a full-time career in acting and worked in two small-budget web series, titled ‘Survive’ and ‘Never do Business with Friends’. During the initial stage, he had appeared in key roles in short films such as ‘House of Shades,’ ‘Triangle,’ and ‘Operation Elephant Ears.’

In 2014, he made his TV debut with a small role as Eric in the series ‘Tales of Light & Dark.’ He continued to appear in minor roles and in short films such as ‘Fuck You from LA’ and ‘The Hopping Dead.’ In 2017, he collaborated with the author and novelist Andrew Klavan for a narrative podcast and audiobook titled ‘Another Kingdom’.

It was a critical and commercial success and became one of the most popular art podcasts in the country and hence was renewed for two more seasons. He started his journey as a political commentator when he was offered a guest spot on ‘The Daily Wire,’ a right-wing news program.

He became a dedicated supporter of the ‘Republican Party’ when President Donald Trump was elected to the ‘White House’. In 2017, he had released an empty book ‘Reasons to Vote for Democrats: A Comprehensive Guide’ with the aim of mocking the liberals and the ‘Democratic Party’ of America.’ Some Interesting Facts About Michael Knowles