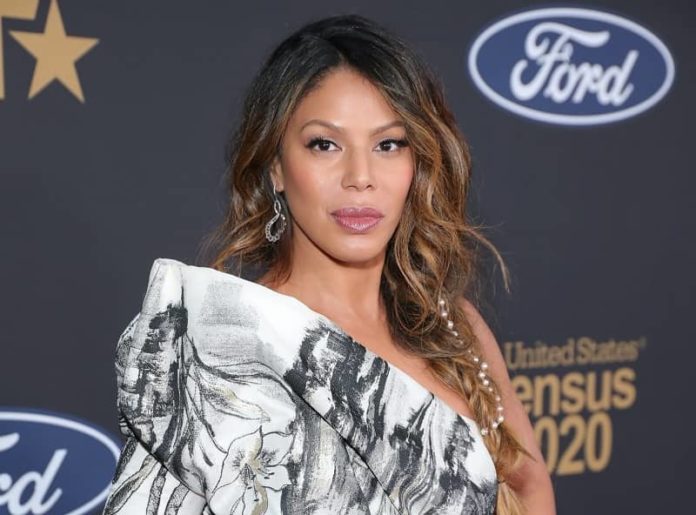 There are no secrets to success, it is the result of preparation, hard work, and dedication, this line has been very well proved by ‘Merle Dandridge’ who is an American-Japanese actress, voice artist, and singer. She is well recognized for her voice role of Marlene in “The Last of Us” and of Alyx Vance in the video game “Half-Life Series”.

Moreover, she performed in many Broadway musicals such as “Rent”, “Jesus Christ Superstar”, and others. Despite this, she is more famous for her recurring role on the television series “Sons of Anarchy” and for the lead role of Grace Greenleaf in the series “The Green Leaf”.

Her beauty is enhanced by her black eyes and black hair. She is very conscious about her health and maintains her figure with the measurement of 34 inches breast, 23 inches waist, and 34 inches hips.

She has good earnings from her profession as an actress and singer. According to the sources, the estimated net worth of Merle Dandridge is $2 million approx.

Merle was born and raised up in Okinawa, Japan and belongs to Korean, African, and North American descent. She is born to her father Andrew Dandridge while there is no information about her mother and siblings.

As of her education, she completed her schooling at Papillion La Vista High School and further enrolled in Theatre Conservatory at Roosevelt University to pursue her acting skills.

Merle appeared in a recurring role of Rita Roosevelt in the FX drama series “Sons of anarchy” and co-starred in the second season of NBC medical drama, “The Night Shift” in 2015. She also appeared as a guest on many television series such as “Drop Dead Diva”, “Ringer”, “Criminal Minds”, “The Newsroom”, “The Mentalist”, and “Rosewood”.

Moreover, she featured in films like “Grounded: Making the Last of Us”, “Nothing but the truth”, and “Resurrect”. From November 9, 2017, to January 7, 2018, she appeared in the Broadway musical revival of “Once on This Island” as Papa Ge the God of death at the Circle in the Square Theater.

As of her personal life, she tied the marriage knot with a businessman named Christopher Johnston with whom she had met in kindergarten. They started dating each other during their high school days.

The high school sweethearts tied the knot on May 21, 2011, after dating for several years. They don’t have any children. She filed for divorce from her husband due to irreconcilable differences after getting married for over 8 years, on June 20, 2019.

Here we are providing the list of favorites of Merle Dandridge: Some Interesting Facts About Merle Dandridge