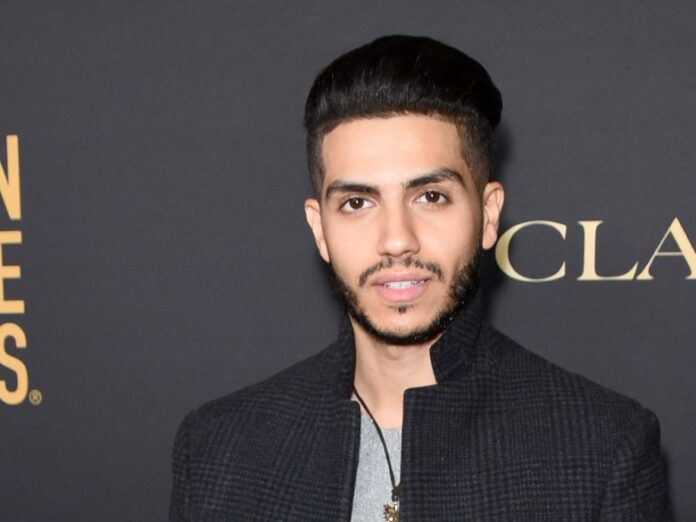 It can make you a star overnight when you get a chance to play one of the most celebrated cartoon characters of all time. And this dream has come true for Mena Massoud as he played the character of Aladdin in the Disney movie that was released worldwide in the year 2019 and featured him in a lead role alongside the legendary actor Will Smith.

In the Guy Ritchie-directed movie, he was featured alongside Naomi Scott who played the role of Princess Jasmine, and the American actor Will Smith who is playing the main role of the genie. Mena is also known for playing a role in the Amazon series Jack Ryan.

Born on the 17th of September 1991 Mena Massoud is currently 31 years old. He appears to be tall and has a slim but toned body figure. Mena also believes in staying fit and exercising regularly. His body figure measurements include his chest which measures 40 inches, his waist which measures 31 inches, and his hips which measure 35 inches.

His biceps measure 14.5 inches and he wears number 10 in the shoe size. Mena’s height measures 5′ 8″ and his weight is 75 kg. His unique look is enhanced by his iconic dark brown eyes and his hair of black color.

It is assumed that one can earn a lot when featured in a movie alongside a legendary actor like Will Smith. Mena has also been featured as a voice actor and has been a part of the Amazon hit series, Jack Ryan. Most of the wealth that he has owned comes from his acting Ventures. The total net worth estimated for Mena Massoud is $2 million US dollars as of now.

Mena Massoud was born in Cairo, Egypt but was raised in Markham, Ontario, Canada. The actor has been quite private when it comes to his personal life and has not disclosed details about it. These details include the name of his parents or information about his siblings. He studied at his local High school and later went on to attend Ryerson University.

After receiving his bachelor’s degree in theatre and acting, this Egyptian Canadian actor acted in movies like ‘What Happens Next’, ‘Americanistan’, ‘Let’s Rap’, ‘Masters in Crime’, ‘Final Exam’.

TV shows like Saving Hope, Nikita, The 99, Tom Clancy’s Jack Ryan, Combat Hospital, and many more shows have also featured him. Mena Massoud’s real breakthrough came when he was a part of the famous series Jack Ryan and because of this series he became a known face in the industry.

Mena’s character as Aladdin in the 2019 movie with the same name made him an overnight star and gave him global fame as the movie was released in many countries.

Mena is currently not in a relationship as he is very much focused on his career.

Here we provide you the list of Mena Massoud’s favorite things. Some Interesting Facts About Mena Massoud