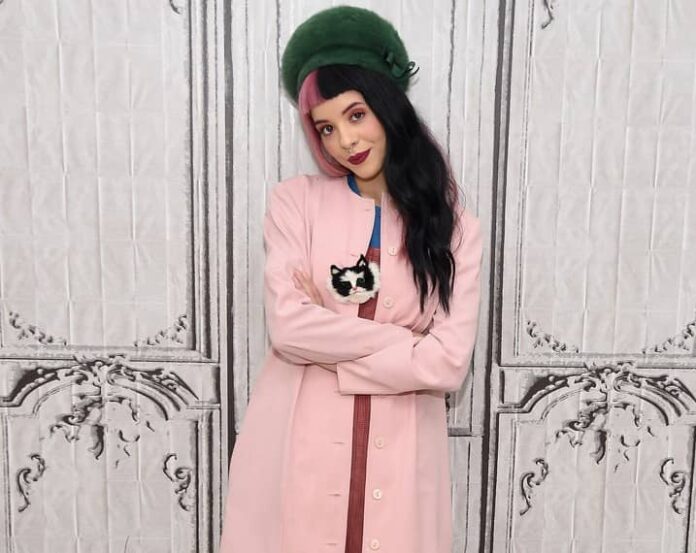 After receiving the initial fame and appearing as a contestant on the American reality show ‘The Voice’ a popular American singer-songwriter, music video director and photographer Melanie Martinez rose to stardom and has become one of the most popular American celebrities now.

Before being eliminated by public votes Melanie went on to become the sixth finalist on the show with Adam Levine as her coach. Known to be one of the most successful products of the reality show, Melanie’s highest-rated single until today ‘Dollhouse’ is certified Platinum by ‘RIAA’.

So far she has launched two EP’s ‘Dollhouse’ and ‘Cry baby’s Extra Clutter’ and one album ‘Cry Baby’ which has been a hit on music charts. Presently signed with ‘Atlantic Records’, she is one of their most talented artists. Most of her songs reflect on romance and family disputes. Martinez is quite famous for her two-toned hair and has become a style icon. She has also teamed up with the cosmetic brand ‘Lime Crime’ to endorse their products.

Born on the 28th of April 1995, Melanie Martinez is currently 27 years old. She doesn’t appear to be much taller and her height measures 5 feet 2 inches while her weight is 45 kg approximately. She has a well-maintained body figure which measures 34-25-36.

The popular singer has earned most of her wealth through you are career in music but has earned a good amount of money with her cosmetic brand as well. Melanie Martinez has been associated with the popular record company and has managed to earn a lot through it. The total net worth estimated for Melanie Martinez is $1 million US dollars as of now.

Melanie Martinez was born and raised in Astoria, New York, United States. She is the daughter of Jose Martinez and Mery Martinez. She studied at Baldwin High school but did not opt for any further education.

For the third season of the American singing reality show ‘The Voice’, Melanie sang Britney Spears’ ‘Toxic’ and chose Adam as her coach before moving on to the ‘Battle Rounds’. She was supported by public votes for her songs ‘Seven Nation Army’ and ‘Too Close’ but finally was eliminated in the sixth week of the ‘Live Shows’.

On 14th August 2015, her debut album ‘Cry Baby’ reached stores and she was met with immediate success. she released her own fragrance called ‘Cry Baby Perfume Milk’ in October 2016, which her record label ‘Atlantic Records’ distributed, making it the first label to ever distribute a perfume.

Talking about her dating life, Melanie has dated some popular names previously and is currently dating Oliver Tree Nickell.

Here we provide you the list of Melanie Martinez’s favorite things. Some Interesting Facts About Melanie Martinez