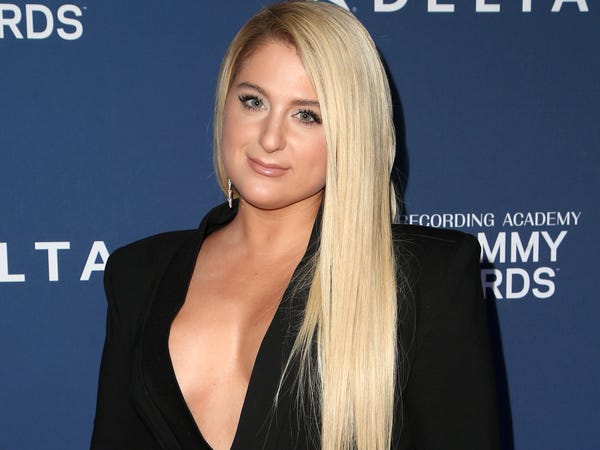 Writing, recording, performing, and producing three independently released albums even before she turned 18, Meghan Elizabeth Trainor, is an American singer, songwriter, and record producer who is a child prodigy.

The announcement of her major-label debut studio album, ‘Word,’ came to the limelight in 2014. The album debuted on US Billboard 200 at number one and went on to become a major success with the domestic selling of over one million copies.

Music by Trainor is known for its aesthetics of the retro style. Most of her works deal with topics such as modern womanhood, body image, and empowerment. Artists such as Christina Aguilera, Elvis Presley, Ray Charles, Ariana Grande, and Jason Mraz have inspired her music.

Born on the 22nd of December 1993, Meghan Trainor will turn 27 years old in the year 2020. She doesn’t appear to be much taller but has a stunning body figure. Her body figure measurements are 34-29-38 and she wears number 8 in the shoe size.

Her height measures 5 feet 4 inches and her weight is 68 kg approximately. She has green colored eyes and the color of her hair is blonde.

Starting from a young age, Meghan Trainor has progressed a lot in her musical career and is one of the most popular musicians in the world. She has earned a lot of money through her musical talents and now lives a luxurious and lavish life. The total net worth estimated for Meghan Trainor $8 million US dollars as of now.

Meghan Trainor was born and raised in Nantucket, Massachusetts, United States. She is the daughter of Gary Trainor and Kelly Anne and grew up with two brothers. She has studied at Sedona Red Rock High School and attended the Berklee College of Music.

The professional career of Trainor started in 2009 when her acclaimed debut album ‘Meghan Trainor’ was released. The album got substantial airplay from local radio stations. Trainor recorded two acoustic albums in 2011, ‘I will sing with you’ and ‘Only 17.’ She started as a songwriter-for-hire and switched to song publishing.

Her profile allowed her to travel to Nashville, New York, and Los Angeles where she wrote and contributed to country and pop music production. In 2013, Trainor penned the song ‘All About That Bass’ along with Kadish. Trainor wanted to record the song herself, following a number of rejections.

‘All About That Bass’ released in June 2014, and quickly became a viral hit. The album became number one in 58 countries and one of the best-selling songs of all time. Trainor’s debut extended play ‘Title’ was closely followed by ‘All About That Bass’.

She released the first single ‘No’ to the album, which peaked on the US Billboard Hot 100 at number 3. On May 6, 2016, Trainor’s second studio album ‘Thank You’ was released exclusively on Apple Music, and received positive reviews from critics.

Currently married to Daryl Sabara, she was previously in a relationship with Charlie Puth.

Here we provide you the list of Meghan Trainor’s favorite things. 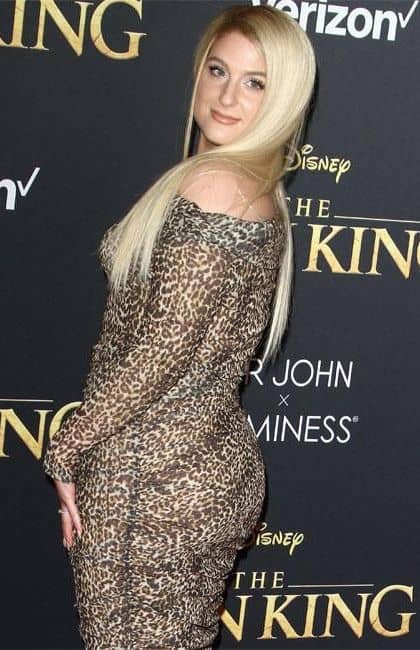