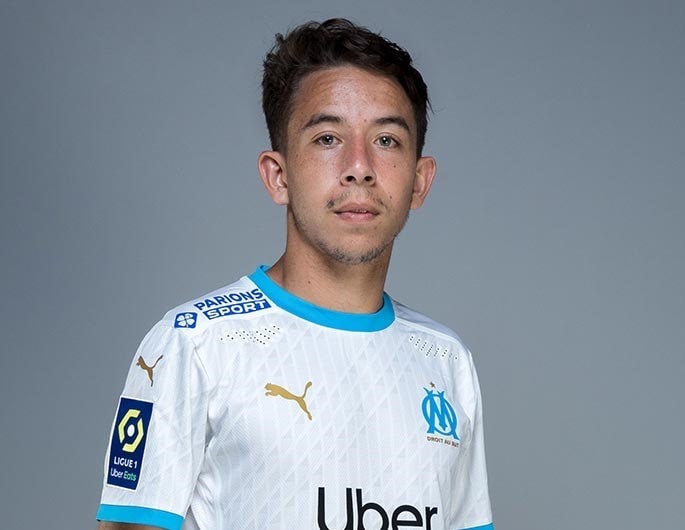 The price of success is hard work, dedication towards the dream, this line has very well proved by Maxime Lopez who is a 23-year-old French professional footballer who is now for Sassuolo in Serie A. Lopez signed a season-long loan with the option to buy with Serie A side Sassuolo on October 5, 2020.

For the team, his position is attacking the midfielder. For his current squad, his shirt number or jersey number is 8. He was also a young international representative for France.

He has green color eyes and brown color hairs. Moreover, he is very conscious about his physique and follows a regular and healthy diet in order to keep himself fit as a fiddle.

His major source of income is his football profession, and he currently lives a stylish lifestyle.

Maxime Lopez began his football career as a member of the Olympique de Marseille football academy, which he joined in 2010 after leaving F.C. Burel. He played in the UEFA Youth League for the club at the U-19 level.

He signed his first professional contract on July 12, 2014, and two years later, interim manager Franck Passi gave him his non-competitive debut in a friendly match against Lausanne Sport on the same date.

He then made his senior debut for Marseille on August 21, 2016, coming on as a 60th-minute replacement for Bouna Sarr in a 2–1 Ligue 1 away defeat to Guingamp and assisting Florian Thauvin for Marseille’s lone goal just 18 minutes after entering the field of play.

On the 10th of December, he scored his debut goal for the senior club against Dijon, which the team won 2-1. On April 30, 2017, he scored twice in a 5–1 Ligue 1 away triumph against Caen. He became the first Marseille player in 30 years to score a Ligue 1 brace with this goal. In his first season with Marseille, he made 35 appearances in all competitions and scored three goals.

On the 15th of January 2019, he scored his first goal in a 1-1 draw against Monaco. In a 2–1 league loss against Saint-Étienne, he made his 100th appearance for the club. He left his previous club to join Serie A club Sassuolo on a season-long loan with a purchase option on October 5, 2020. In April 2021, the agreement was declared permanent. Sassuolo has extended his contract with the club until June 2025.

Maxime Lopez is not married yet, but he is in a relationship with Mountaine Mounet. On his Instagram account, he shared a photo of himself and his partner, Montaine Mounet, on their private jet. At the moment, the lovebirds are peacefully living their lives without any interruptions. They intend to marry in the near future.

Here we are providing the list of favorites of Maxime Lopez: Some Interesting Facts About Maxime Lopez