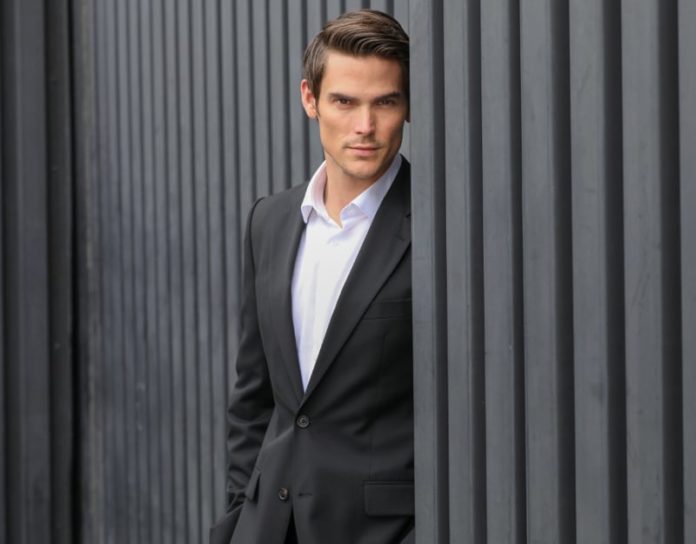 The backbone of success is hard work, good planning, determination, and perseverance, this line has been very well proved by ‘Mark Grossman’ who is an American actor. He is well recognized for his role as Adam Newman on the popular soap opera, “The Young and the Restless”.

He is the fourth man who played this role after Chris Engen, Michale Muhney, and Justin Hartley and has given justice to the role. Moreover, he has been featured in several TV series and films too like “Silent Hill Internal Prison”, “Get Big”, “Maybe Tomorrow”, and “Famous in Love”. Apart from that, he is always in the headlines for his relationship with popular actress, Sharon Case.

Born on 3 February 1987, this handsome actor has turned 35 years old. He seems enough tall with his height which is 188 in centimeters and 6’1” feet. He maintains himself very fit and healthy with a weight of 65 in kilograms and 143 lbs in pounds.

He has quite good earnings from his professional career as an actor and has managed to amass a healthy fortune of around $100k.

Mark was born and raised up in Columbia, Maryland, USA, and belongs to a white ethnicity. He didn’t reveal any information with regards to his parents and siblings including their names too.

As of his education, he completed his education in Phoenix, Arizona, and realized having a passion for acting so he booked roles in several independent movies after high school.

As of his career, he started his career in 2012 with his debut role in a short movie, “Choices Made” and then appeared in the other 6 successive short films. After that, he was cast as Dan in the TV series, “Hustle” which was his first major TV appearance.

He appeared in several other films and series in the year 2014 including “Ouija House”, “Beauty Queen Murders, “New Skin”, “Family Dinner”, and “Silent Hill Internal Prison”. He played a college kid in “Durant’s Never Closes” and Ryan in the movie, “Seven Hours in Heaven”.

He played the role of superhero, Flying Fox, in “Zero Complex” and also appeared in the movie “South 32′. Moreover, he became a part of movies like “Cowboy Zombies” as Wyatt, Shane in TV series, “Famous in Love” “Break-Up Nightmare” as Troy, and “Stalked by My Doctor: The Return” as Garth. He appeared in a comedic role as Ernie Wolf in the movie, “Get Big” in 2017.

In 2018, he featured in horror/thriller movies, including “Nightmare Cinema”, “Entourage”, “Stasis” and others. In 2019, he was cast in the popular role of Adam Newman in the popular soap opera, “The Young and the Restless” which proved to be his biggest breakthrough.

In Addition to acting, he has a successful modeling career and has also worked as a model for Ford/Robert Black Agency and Next Management.

Reflecting on his personal life, he is not married yet but he might be dating his co-star Sharon Case who is a popular actress and a former model by profession. Their on-screen chemistry has raised many of their fans’ heartbeats.

They haven’t declared their relationship official but both upload photos together showing their off-screen chemistry as well.

Here we are providing the list of favorites of Mark Grossman: Some Interesting Facts About Mark Grossman