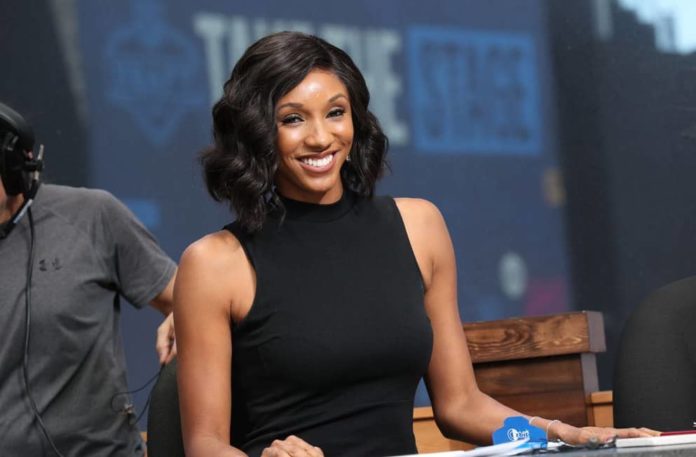 Maria Taylor is an American analyst and TV personality, best known for her college football, volleyball, and basketball hosting roles for the SEC Network and ESPN. She served as a host and correspondent for IMG College until 2012, while she became an ESPN sideline reporter in 2013, and most prominently served on the coverage of the NCAA Women’s Basketball Tournament.

In 2014, Maria joined the SEC Network and replaced Samantha Ponder as an ESPN College GameDay reporter and anchor. Maria was also named the new host of ESPN’s NBA Countdown on October 8, 2019.

Born on the 12th of May 1987 Maria Taylor has turned 35 years old. She is quite tall with a height of 6 feet 2 inches and has maintained her weight at 62 kg. Maria also has a stunning body figure and her beautiful looks are complemented by her dark brown eyes and her hair of black color.

After starting her broadcasting career in college, Maria Taylor has found herself on the top list of women sports broadcasters in America. She has been the face of NCAA women’s basketball tournament broadcast and is known for her work with money other sports events. Taylor has earned a lot of wealth through her career as a TV host and an analyst. The total net worth estimated for Maria Taylor is $2 million US dollars as of now.

A native of Georgia Maria Taylor was born and raised in Alpharetta, Georgia, United States. The daughter of Steve Taylor and Suzette Taylor grew up with a brother and a sister. She studied at Centennial High School in Roswell and later attended The Henry W. Grady College as well as the University of Georgia in Athens.

As a host and correspondent for IMG College, which is the biggest collegiate sports promotion organization, covering various colleges plus the NCAA, Taylor started her sports broadcasting career. For the next three years, she covered the University of Georgia and also appeared in numerous company studio shows with IMG, including “Dawg Report,” “SportsNite” and “SEC Men’s Basketball.”

Taylor began working as a sideline reporter covering the Saturday night primetime college football for ESPN in 2013. She also covered the Orange Bowl, for the NCAA Division I Football Bowl Subdivision, which is the second-oldest bowl game in the nation after the Rose Bowl.

She entered the SEC Network-owned by ESPN in a joint partnership with The Walt Disney Company-reporting on college football in 2014, with Taylor’s background as a college analyst and reporter rising, and is also seen partnering with Brent Musburger and Jesse Palmer.

She has been married to her long-time boyfriend Rodney Blackstock but the couple doesn’t have any children as of now.

Here we provide you a list of Maria Taylor’s favorite things. 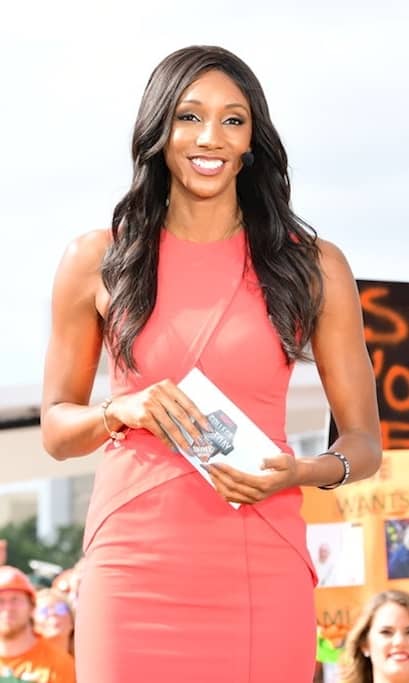 Some Interesting Facts About Maria Taylor