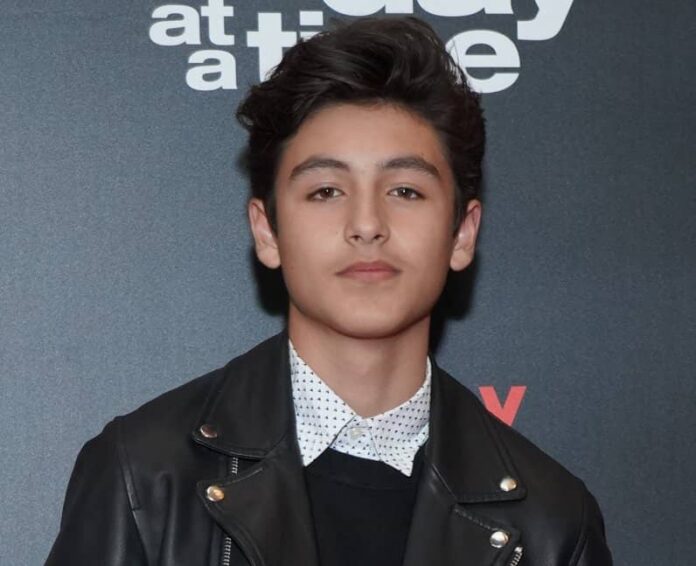 A Puerto Rican-American actor Marcel Ruiz is well-known for his role as Alex Alvarez in the Netflix reboot of ‘One Day at a Time’. He was born into the region’s film fraternity as both of his parents are filmmakers who introduced their son to the industry at a young age. In his childhood, he started appearing in commercials.

His family relocated to Los Angeles when Marcel was just nine years old. His passion and interest in acting became his career. In January 2017, he made his television debut in ‘One Day at a Time’.

He is a bright and intelligent young person who is a high school graduate. The critically acclaimed show One Day at a Time’ has helped Ruiz find his footing in America’s entertainment industry. In 2017, he has made his cinematic debut with the upcoming biographical drama film, ‘Breakthrough’.

Marcel Ruiz was born in Old San Juan, Puerto Rico, to Carlitos Ruiz and Mariem Perez Riera. He was raised along with his younger sister named Lucia. He was introduced to the entertainment industry by his parents who are well-known personalities in the Puerto Rican film industry.

After completing her studies she moved back to Puerto Rico and began her career as a documentary filmmaker and editor. Though she works on all types of subjects most often her movies are based on political issues. One of her projects is ‘Talento de Barrio’, a crime drama starring popular rapper Daddy Yankee.

Both parents met in Puerto Rico and both of them have a background in theater. In 2007, his parents released their debut feature film, ‘Lovesickness’ premieres at the Tribeca Film Festival. The film has garnered multiple awards there including Best Opera Prima, Audience Award, Best Picture, Best Screenplay, and Best Actress.

When his family moved to the USA, they initially could not communicate in English. After the schooling of Marcel in Los Angeles, he became fluent in the language. Apart from acting he is also a very athletic young man and plays soccer and basketball.

Marcel Ruiz started his career in the entertainment industry as a child model who appeared in commercials for several advertising campaigns. After moving to the USA, he still appeared in Spanish commercials. Once his English got better, and he garnered confidence to audition for English-speaking roles grew as well.

The show narrates the story of a single mother raising her two children and deals with relevant social issues, such as mental illness, immigration, sexism, homophobia, and racism. For his performance he was nominated for the Imagen Foundation Award for the Best Young Actor-Television in 2017 and 2018.

Here we are providing you the list of Marcel Ruiz’s favorite things. Some Interesting Facts About Marcel Ruiz