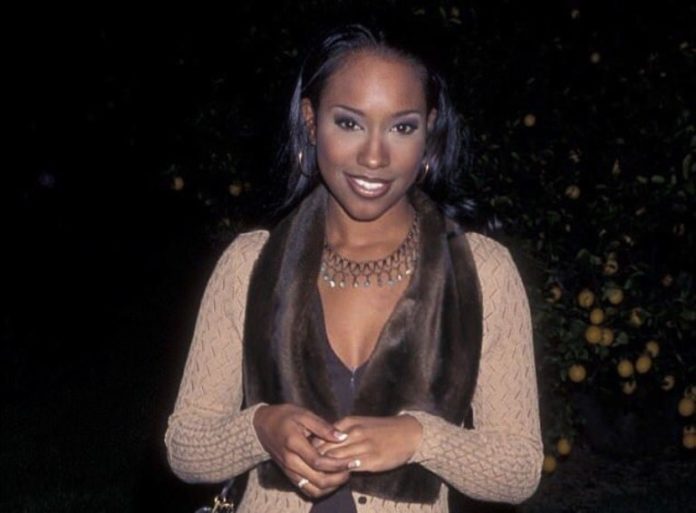 A dream doesn’t turn into reality through magic, it takes hard work, sweat, and determination, this line is very well proved by ‘Maia Campbell’ who is an American film, television actress, and model. She is well recognized for her role as Nicole on the 1994 FOX comedy-drama series, “South Central”.

She rose to fame and gathered huge popularity after she began appearing as Tiffany Warren in the NBC/UPN sitcom, “In the House” in 1995.  She is well known for being the daughter of the late architect and author, Tiko Campbell, and the late author and journalist, Bebe Moore Campbell.

Born on 26 November 1976, this renowned personality has turned 46 years old. This lady has a good height of 178 Centimeters and is 5’10” in Feet & Inches. Her brown eyes and shiny black hair enhance her beauty.

She seems fit with a weight of 60 kilograms and 132 lbs in pounds. In fact, she is very conscious about her physique and maintains herself as fit as fiddle with perfect figure measurements.

She has quite good earnings from her professional career as an actress and had managed to amass a healthy fortune of around $100k.

Maia was born and raised up in Takoma Park, Maryland, USA, and belongs to the African-American ethnicity. She is born to her father Tiko Frederick Campbell who was an American author and architect and her mother Bebe Moore Campbell who was a renowned journalist.

She was raised with her brother named Elis Gordo III (Half-Brother). As for her education, she went to Spelman College for a year only and after that, she got a role in “In the House”.

As of her career, she started her career in 1993 with her debut role as Shante in the romantic drama film, “Poetic Justice”. After that, she appeared in a recurring role of Nicole in the comedy series, “South Central” and as Alison in an American sitcom, “Thea”.

She was cast as the main role in the sitcom, “In the House” in 1995 and got her biggest breakthrough. In 1996, she made appearances as Mariah Murphy in the drama series, “Beverly Hills, 90210”. Thereafter, she made several appearances in shows such as Trippin, Sister, Sister, and Seventeen Again.

She featured in several series including “Sweet Potato Pie”, “Friends and Lovers”, “Envy”, “Doctor Impostor”, “The Luau”, “The Trial”, and “With or Without You”. In 2012, she appeared in the reality TV series Iyanla: Fix My Life.

As of her personal life, she was previously married to Elias Gutierrez in 1998 and the couple welcomed their first child named Elizabeth Elisha Guiterrez. The couple parted ways and got divorced in 2002. She lost custody of her daughter as she was involved in drug addiction.

Here we are providing the list of favorites of Maia Campbell: Some Interesting Facts About Maia Campbell