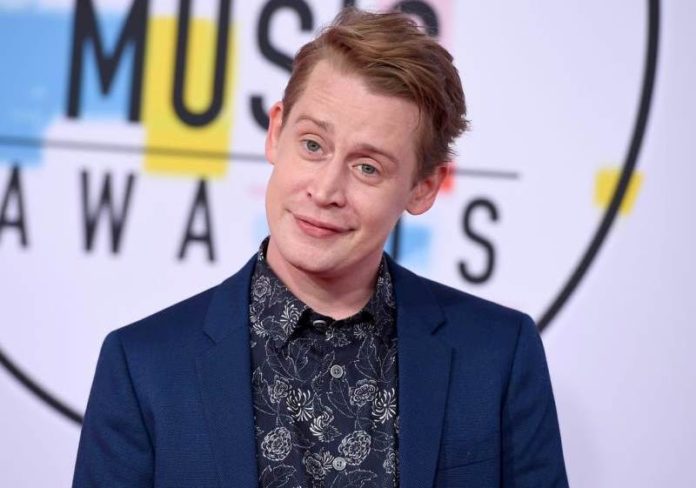 Small steps in the right direction are better than big steps in the wrong direction, this line is very well proved by Macaulay Culkin who is an American actor and musician. Moreover, he accumulated a huge prominence when he was nominated for a Kid’s Choice Awards, MTV Movie Award, Young Artist Award, and Golden Globe Award for Best Actor.

He is very conscious about his physique and maintains himself with a weight of 62 kilograms and 132 lbs in pounds. His personality is enhanced by his dark blue eyes and shiny blonde hair.

Working as an actor, Macaulay has gathered a very decent amount of net worth. Having started his career at a very young age, he has managed to establish himself as the most influential face in the field of entertainment. According to the sources, his estimated net worth is $15 million approximately.

Born and growing up in New York City, United States, Macaulay belongs to the white ethnicity. He was born to Christopher Cornelius Culkin (Father) and Patricia Brentrup (Mother). His father is a former actor who also worked as a sacristan at the local Catholic church while his mother was a telephone operator.

Macaulay started his career at the age of four. Throughout the 1980s, he continued appearing in roles on stage, television, and in films. Later in the year 1985, he made his appearance in the TV movie The Midnight Hour. Moreover, he also appeared in an episode of popular action television series as ‘The Equalizer’.

Furthermore, Culkin made his big-screen debut through a movie named ‘Rocket Gibraltar’. Other than this, he has also got appeared in a comedy film named ‘Uncle Buck’ and a romantic-comedy film named ‘See You in the Morning’.

Apart from that, he gathered hue popularity by appearing in the blockbuster film ‘Home Alone’. In fact, he got the nomination of Golden Globe Award and won Young Artist Award and American Comedy Award.

This handsome hunk was also featured in animated series named ‘Wish Kid’. Later, he achieved a golden opportunity of starring in ‘My Girl’ for which he was awarded the Best Kiss at MTV Movie Awards and also received the nomination of Best On-Screen Duo. Besides this, he also played a crucial role in the drama-thriller film ‘The Good Son’.

Some of his super hit movies are ‘Richie Rich’, ‘Getting Even with Dad’ and ‘The Pagemaster’ which was successful at the box office. However, Macaulay took a break from acting in the year 1994. After that in the year 2000, he made his come back with the acting role in ‘Madame Melville’.

In the year 2003, he made his guest appearance on NBC. Additionally, he also published an autobiographical novel named ‘Junior’ in the year 2006. Later, Culkin was in a UK-based commercial for Aviva insurance in the year 2009.

Other than this, in the year 2011, he was featured in musician Adam Green’s film ‘The Wrong Ferarri’. Likewise, he has also portrayed the role in the film ‘Change land’.

In fact, he has also linked with Irene Lopez in 2011 but it ended in the year 2013. Then he also dated Jordan Lane Price, a gorgeous actress but the couple broke up in 2013. Later, in the year 2017, Culkin started to date Brenda Song who is his Change land co-star. This couple is still together.

Here we are providing the list of favorites of Macaulay Culkin:

Some Interesting Facts About Macaulay Culkin