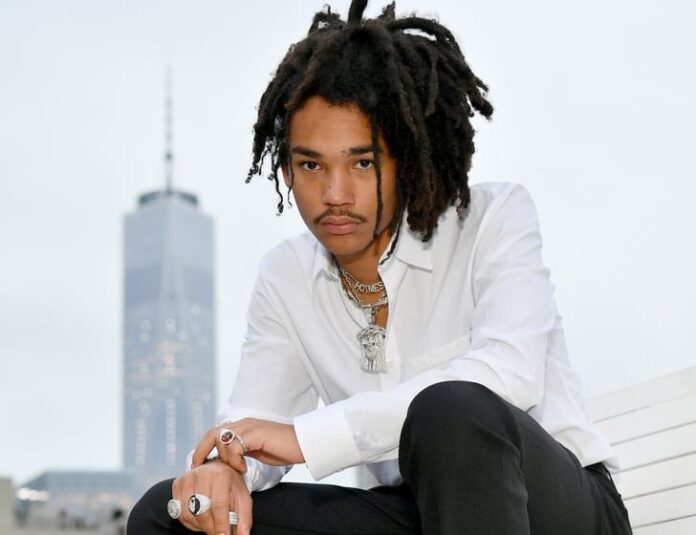 Looking at the competition in the styling and fashion industry it is not easy to get to the top. Luka Sabbat has managed to do that successfully and is a famous American model, stylist, actor, and fashion designer. Know as a fashion capital of the world, he has spent a considerable part of his childhood in Paris.

After getting discovered by the casting agent and photographer Kevin Amato, he signed with Request Model Management. Luka has built up his career by working with brands such as Hugo Boss, Vogue, Tommy Hilfiger, and Dolce & Gabbana. The well known social media personality Luka Sabbat has also made his acting debut in a TV series and a movie.

Born on the 26th of November 1997 Luka Sabbat is currently 22 years old. He is tall and has a well maintained and toned body figure. He wears number 8 in the shoe size. Luka’s height measures 5 feet 10 inches and its weight is 54 kg is approximate. He has a unique hairstyle and the color of his hair is black, his eyes are black color as well.

Styling and fashion designing is one of the highest-earning industries in the world. The upcoming star of the fashion industry Luka Sabbat is quite famous as well. He has earned most of his wealth from his modeling career and some also from his acting ventures. Although it was considered that he earns a lot of wealth but his net worth is not known till now.

Luka Sabbat was spotted in SoHo by Kevin Amato in the year 2015 and he met the owner of ReQuest Model Management soon after. Sabbat subsequently signed with the agency and it did not take him long to find success in the industry. Forbes and New York are some reputed outlets that have published articles on him.

Sabbat received the opportunity to appear on a billboard that towered above Times Square when he was part of Adidas Originals’ “Future” campaign. a project named ‘HotMess’ is a photographic collaboration with photographer Noah Dillon in which Luka serves as an artistic director.

He has appeared in the movie The Dead Don’t Die in 2019 and has acted in the TV series ‘Grown-ish’ as Luca Hall. To set up the LUKA X MONINI line, Luka has also collaborated with Italian jewelry designer Gianni Monini.

Talking about his dating life it was rumored that he was dating the American celebrity, Kourtney Kardashian.

Here we provide you the list of Luka Sabbat’s favorite things. Some Interesting Facts About Luka Sabbat