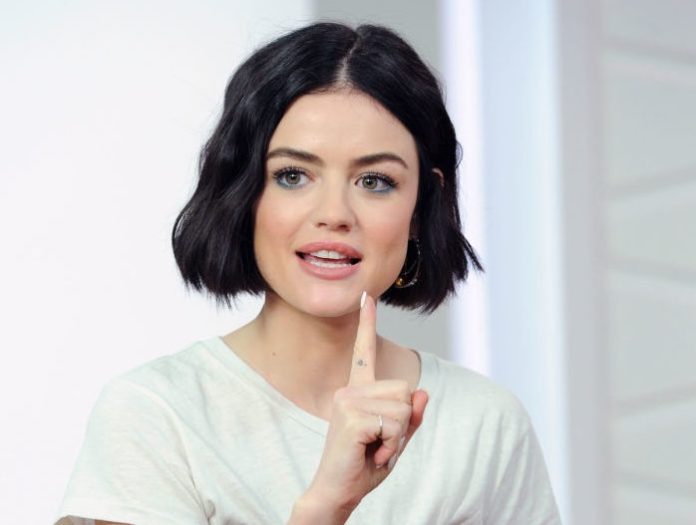 An American celebrity Lucy Hale is one of the most promising actresses and singers from the Hollywood industry. She is a self-created personality who has already tasted massive success and accolades worldwide. She rose to prominence for her role as Aria Montgomery in the series ‘Pretty Little Liars’.

She had started her journey as a contestant on ‘American Juniors.’ A gifted singer with a melodious voice and soulful renditions is blessed with skillful acting skills. Later she had also joined a band that disbanded after two years. Gradually, her acting career kick-started when she was featured in popular television series in guest roles.

Despite being an established and well-recognized actress, she continued to create a big name in the music industry.

Lucy Hale weighs 51 kg and 112 lbs in pounds. She is a gorgeous celebrity in Hollywood with a height of 157 cm or in feet inches 5’2” tall. She has wavy dark brown color hair and sharp wide green color eyes.

She has a slim body type with the following body measurement 34 inches breast, 24 inches waist, and 33 inches hips approximately. Her bra size is 32B and dress size is 6 whereas her shoe size is 5 (UK). She has turned 33 years old.

According to the sources, the estimated net worth of Lucy Hale is $6 million USD approximately.

Lucy Hale was born Karen Lucille “Lucy” Hale on June 14, 1989. Her parents are Julie Knight and Preston Hale. She was raised along with her elder sister Maggie in Memphis, USA.  She also has a step-sister Kirby.

Though she was mostly homeschooled but was also enrolled in Cordova Optional School. She was born with an interest in music and acting and hence took acting and singing lessons. The music of Shania Twain and Faith Hill had influenced her for music.

Lucy Hale has started her career with music by participating in the reality show, ‘American Juniors’. Since her childhood, she has impressed the world with her melodious voice that helped her a place in the top five finishers who were then grouped into a band. Her first big success of Hale’s lifetime did not last for long as the group was dismissed.

In 2004, she moved to Los Angeles in the hunt for a record deal but also auditioned for acting roles. She had started her acting career with minor roles on television shows like ‘Ned’s Declassified School Survival Guide’, ‘Drake & Josh’, and ‘How I Met Your Mother.’

She made a guest appearance in two episodes of the Disney Channel show ‘Wizards of Waverly Place.’ She made her silver screen debut in 2008 in the film ‘The Sisterhood of the Travelling Pants 2’, wherein she portrayed the character of Effie. She had earned the lead role of Rose Baker in the comedy drama ‘Privileged’.

The year 2009 was a lucky one for her as she bagged the role of Aria Montgomery in the TV series ‘Pretty Little Liars’, which was a teen drama, mystery-thriller television series that ended with season 7 in 2017.

While her career was flourishing on a roll, her film career took off as well. She was featured in a lead role in the Video film, ‘A Cinderella Story: Once Upon a Song.’ In 2012, as a voice artist, she worked in ‘Secret of the Wings’ by giving voice to the character of Periwinkle.

Along with her successful career in acting, she continued in the music industry, and in 2012, she signed a record deal with Hollywood records. In 2014, she had released her debut single ‘You Sound Good to Me’ which was later followed by her debut album ‘Road Between’.

For the occasion of Christmas, she had released an album “A Hollywood Christmas” and recorded two songs “You’re Here” and “Mistletoe”.

Here we are providing you a list of Lucy Hale’s favorite things. 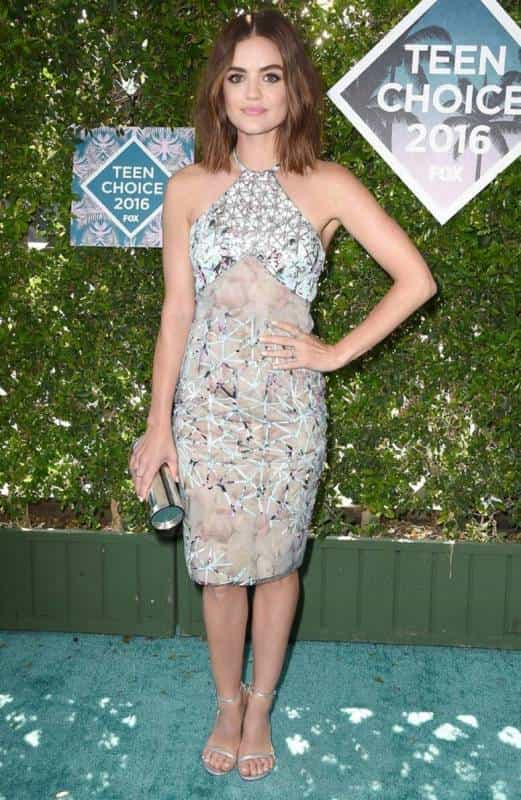 Some Interesting Facts About Lucy Hale