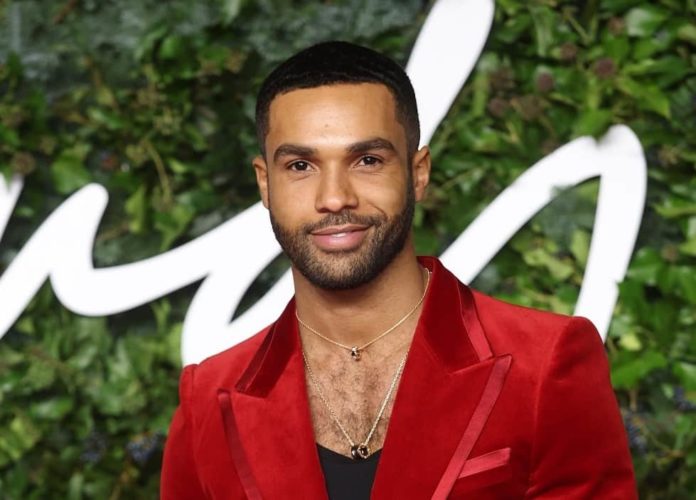 Hard work, determination, and persistence are the essential ingredients in the recipe of success, this line has been very well proved by Lucien Leon Laviscount, better known as Lucien Laviscount, who is a British actor who rose to popularity after playing in the teenage drama “Grange Hill” in 2007.

He began working on a Marks & Spencer ad when he was 10 years old. Lucien is particularly well-known for his performance in the BBC drama “Waterloo Road.” After working on “Waterloo Road,” he pursued a singing career and released his debut single, “Dance With You,” in 2012.

Laviscount had his first TV program appearance in Jenny’s Story episode of the drama TV series “Clocking Off” in 2002, and he made his theatrical film debut in the main role in the sports comedy film “One Night in Istanbul” in 2014.

Born on 1992-06-09, this handsome personality has turned 30 years old. He seems enough tall with his height which is 175 centimeters and 5’9” in feet & inches. He maintains himself very fit and healthy with a weight of 72 kilograms and 159 lbs in pounds.

Moreover, he is very conscious about his physique and follows a regular and healthy diet in order to keep himself fit as a fiddle with the body measurements of 39 inches chest and 32 inches waist. His black eyes color and dark brown hair enhance the charm of his personality.

Lucien Laviscount is a talented man with a net worth of $1 million to $5 million as of 2021. He also makes a good income, estimated to be in the thousands of dollars every year.

Lucien was born and raised up in Burnley, Lancashire, England, and belongs to the British-black ethnicity. He is born to his father Eugene Laviscount and his mother Sonia Laviscount. He has been grown up with his two brothers named Louis and Jules.

Lucien attended Ribblesdale High School in Clitheroe, where he received 10 GCSEs, and he was also a part of Carol Godby’s theatrical workshop in Bury.

As of his career, Lucien Laviscount began his career at the age of ten, featuring in an advertising campaign for Marks & Spencer, following which he landed roles in shows such as “Clocking Off” and “Johnny and the Bomb” before becoming a series regular in the BBC One series “Grange Hill.”

Then he appeared in “Coronation Street” as religious swimmer Ben Richardson before becoming a housemate in Channel 5’s “Celebrity Big Brother 2011” on August 18, 2011. The next year, he starred as Jonah Kirby, a schoolboy, in the TV miniseries “Waterloo Road,” and in 2012, he signed with SK Records and released his debut song, “Dance With You,” which featured American rapper MANN.

On February 22, 2014, it was reported that Laviscount will play the primary role of Ennis Ross in “Supernatural: Bloodlines.” In 2015, he debuted as Earl Grey in FOX’s US horror-comedy series “Scream Queens,” and in 2020, he appeared as Alexander Cabot in The CW’s “Katy Keene.”

Lucien Laviscount is not married yet. He’s definitely single right now. We couldn’t discover anything indicating that he is in a romantic relationship after looking through his social media accounts and searching the web.

Here we are providing the list of favorites of Lucien Laviscount: Some Interesting Facts About Lucien Laviscount