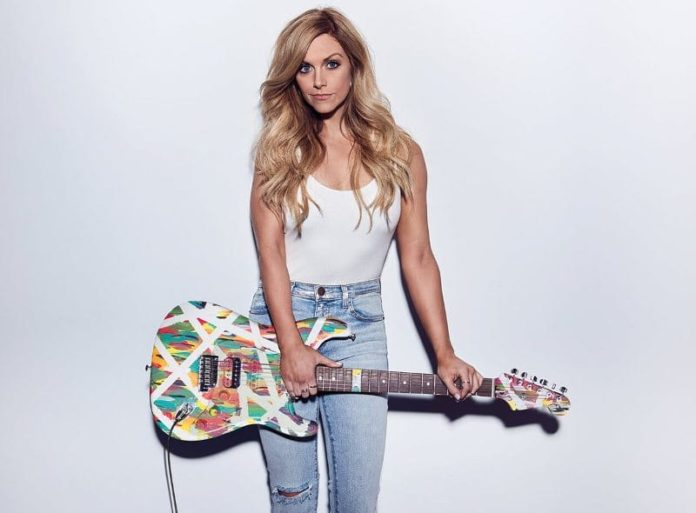 The perfect blend of beauty, brain, and talent, Lindsay Ell is one of the prominent Canadian country music singers, songwriters, and guitarists. Moreover, she is eminently known for her hit singles like “Trippin’ On Us” and “Shut Me Up”.

In fact, Ell captured huge publicity by making her way up to Billboards in August 2017 for her first full-length country album, “The Project” as it debuted at No. 1 on the Billboard Country Album Sales chart.

Born on March 20, 1989, this gorgeous singer has turned 33 years old. Ell is blessed with a good height of 168 Centimetres and 5’6” in Feet & Inches. Her blue eyes and shiny blonde hair enhance the charm of her beauty.

She is very conscious about her physique and follows a regular diet to keep herself fit with a weight of 55 kilograms and 121 lbs in pounds. Her figure measures 35 inches breast, 25 inches waist, and 35 inches hips. Her bra size is 40C while her shoe size is 7 (US).

Working as a singer, Lindsay gathers a very decent amount of money through her professional career in the music industry. Moreover, she has managed to amass a healthy fortune from her several songs and albums that have been in the field of music for over a decade. According to the sources, Ell’s estimated net worth is $450K approximately.

Born and grew up in Calgary, Alberta, Canada, Lindsay belongs to the white ethnicity. However, she never disclosed any data about her parents. Moreover, she grew up along with her brother, Shawn.

Talking about her education, Lindsay studied at Bishop Carroll High School where she was also a valedictorian for her class. Furthermore, she enrolled at the University of Calgary to study business. Thereafter, she attended Berklee College of Music in order to study music.

Moving towards her career, Lindsay started her professional career in the year 2006 with the release of her first album titled “Consider This” which was released at Bachman’s studio on Saltspring Island, and almost 11 songs of the album were co-written by herself. Later, in the year 2008, she toured with blues guitarist Buddy Guy.

In the same year, Ell moved to more acoustic sound on her another album, “Alone”. Furthermore, Lindsay permanently moved to Nashville in the year 2010 and signed with the US-based record label, “Stoney Creek Records” at age of 21.

After that, in December 2013, she released her first single, “Trippin’ on Us” which debuted as the most added song for country music radio in both Canada and the United States. In fact, she was also selected by “The Band Perry” in order to open for their “We Are Pioneers World Tour” in 2013-14.

Other than this, Lindsay made her Grand Ole Opry debut on April 15, 2014, and since then she has made her various crucial appearance on the show. Besides this, she released her debut EP, “Worth the Wait” on March 24, 2017.

This versatile singer made her way up to Billboards in August 2017 with the release of her first full-length country album, “The Project” as it debuted at No. 1 on the Billboard Country Album Sales chart.

Apart from that, Ell sang the Canadian National Anthem at the 2018 NHL All-Star Game on January 28, 2018. After that, she performed at the C2C: Country to Country festival in the UK. Later, Lindsay received a Canadian Country Music Association for Interactive Artist of the Year in 2019. Additionally, she announced her new album titled “Heart Theory” along with its single, “Want Me Back” on June 26, 2020.

Talking about her relationship status, Lindsay was in a romantic relationship with Bobby Bones who is an American radio and television personality, best known for hosting the nationally syndicated, “The Bobby Bones Show”.

Moreover, the couple started to date each other in the year 2016. However, their relation couldn’t last long and ended in the year 2017. As of now, she is living a happy and single life.

Here we are providing the list of favorites of Lindsay Ell: 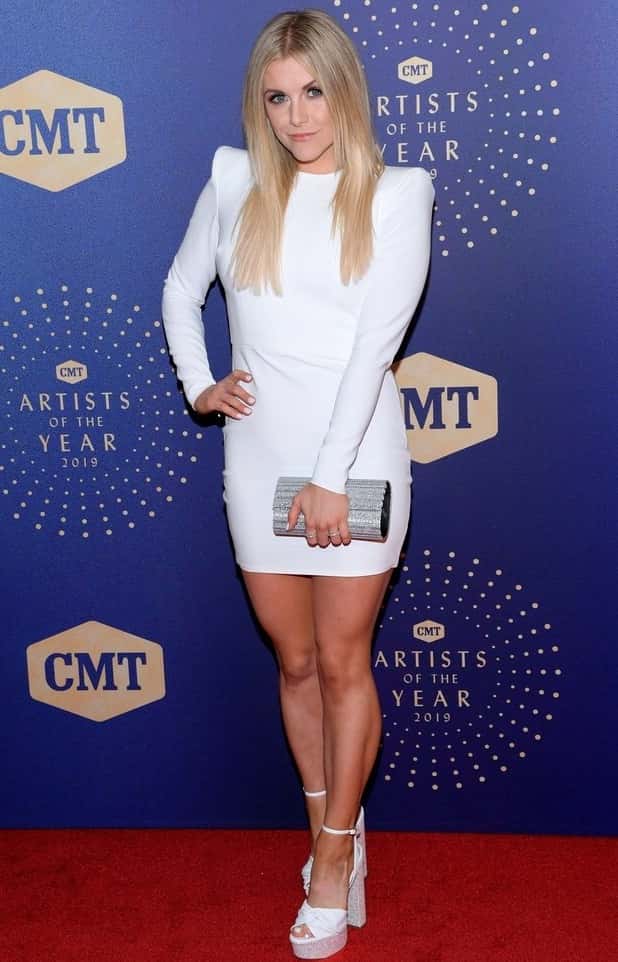 Some Interesting Facts About Lindsay Ell