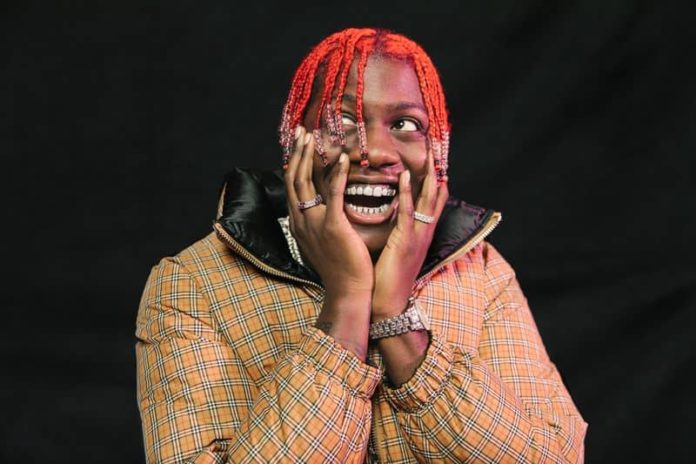 As the rapping world is at the top of its popularity, some rappers established themselves in the music industry and one of them is proficient rapper ‘Miles Parks McCollum’ professionally known as ‘Lil Yachty’ who is an American rapper, singer, and songwriter.

He is well recognized for his singles “One Night” and “Minnesota” as well as for his mixtapes “Summer Songs 2” and “Lil Boat”.

For his tremendous music and rapping, he received two MTV Video Music Awards nominations for ‘Broccoli’ and a Grammy nomination for ‘Broccoli’under the category of Best Rap/Sung Collaboration. After that, there is no looking back after Lil Yachty.

Born on 23 August 1997, this prominent rapper turned 25 years old. He seems enough tall with his height which is 180 centimeters and 5’9” feet. He maintains himself very fit and healthy with a weight of 70 kilograms and 154 lbs in pounds.

Moreover, he is very conscious about his physique and follows a regular and healthy diet in order to keep himself fit as a fiddle with the body measurements of 40 inches chest, 32 inches waist, and 14 inches biceps approximately.

He has earned a good amount of money from his singing and rapping as well as from his endorsement deal with several brands such as Puma, Adidas, EA Sports, Icebox Jewelry, Nautica, Sprite, and many more. His estimated net worth is to be $8 million.

Lil was born and raised in Mableton, Georgia, USA and belongs to the Afro-American ethnicity. He is born to his father Shannon McCollum who is a professional photographer and his mother Lily McCollum.

He also has a lovely sister named Nina McCollum. As for his education, he completed his schooling at his local high school and further went to Alabama State University but he dropped out of college just after two months.

As of his career, he used to work at a McDonald’s restaurant. He adopted the stage name “Yachty” in 2015. In 2015, he moved to New York City to pursue his music career. In December 2015, rose to prominence after his song ‘One Night’. He made his debut as a model in Yeezy Season 3 fashion line at Madison Square Garden in 2016.

He released his debut mixtape, ‘Lil Boat’ on March 9, 2016. He collaborated with DRAM on the hit song “Broccoli” in April 2016 and the song peaked at number 5 on the Billboard Hot 100. He featured on Chance the Rapper‘s Coloring Book mixtape in May 2016.

He announced he had signed a record deal with Quality Control Music, Motown Records, and Capitol Records in June 2016. In July 2016, he released his second mixtape, ‘Summer Songs 2’. He was featured on the hip hop single “iSpy” by Kyle in December 2016.

In April 2018, he featured on the Ocean Park Standoff single “If You Were Mine”. He released his third studio album, Nuthin’ 2 Prove in October 2018. He released a collaborative project, ‘A-Team’ in February 2020 with rappers Lil Keed and Lil Gotit. He released the lead single from Lil Boat 3, titled “Oprah’s Bank Account” in March 2020.

In May 2020, he released his fourth studio album, ‘Lil Boat 3’. He also lent his voice in the American animated superhero film, ‘Teen Titans Go! To The Movies’ for the character of Green Lantern. He appeared in the romantic comedy film, ‘Long Shot’ and the TV film, ‘How High 2″ in March 2019.

As of his personal life, he is not married yet and focusing on his career. In 2017, he was romantically linked with Megan Denise.

Here we are providing the list of favorites of Lil Yachty: Some Interesting Facts About Lil Yachty