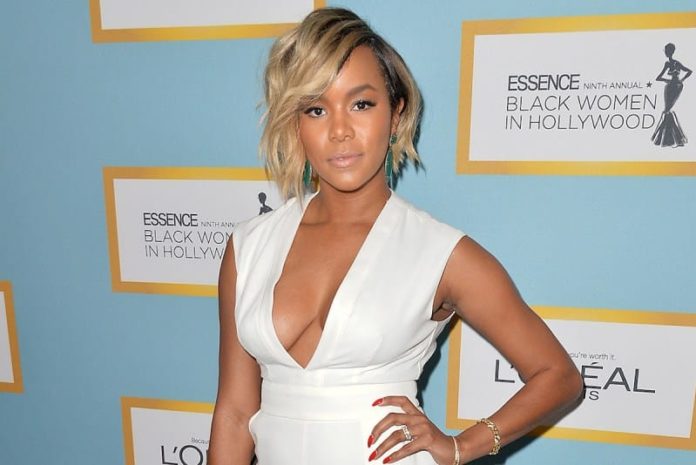 Singer-Songwriters are a precious gift to the world, they create music that speaks to our hearts, our soul, and our whole being, this line has been very well proved by LeToya Luckett who is an American singer-songwriter and actress.

Moreover, she is eminently known as a founding member of the R&B girl group Destiny’s Child, one of the world’s best-selling girl groups of all time.

Besides this, she also gathered huge popularity as a member of Destiny’s Child who achieved four US Top 10 hit singles “Bills, Bills, Bills”, “Say My Name”, “No, No, No” and “Jumpin’, Jumpin” and won two Grammy Awards.

Her beauty is enhanced by her brown eyes and dark brown hair. She is very conscious about her health and maintains her figure with the measurement of 32 inches breast, 26 inches waist, and 32 inches hips. Her bra size is 32C while her shoe size is 6 (US).

This gorgeous diva, LeToya earns a very decent amount of income through her professional career as a singer and also as an actress. Having started her career in the year 1993 as “Destiny’s Child”, she has managed to come a long way up establishing herself as an artist in her over a long career.

In fact, Luckett also earns money from her several appearances in series and movies. According to the sources, her estimated net worth is $8 million approximately.

Born and grew up in Houston, Texas, United States, LeToya belongs to the African-American ethnicity. She is the loving and caring daughter of Pamela Luckett (Mother). However, there is no information about her father’s name.

Moreover, Luckett’s father was also a singer, and was supportive and very proud of his daughter’s vocal talents and also tried to get her in the music business from an early age. Besides this, LeToya grew up along with her younger sibling, singing in her local Brentwood Baptist Church.

This stunning beauty also took vocal lessons to become an opera singer and sang her first solo at the age of 5. Thereafter, she joined the children’s choir and started to perform in plays at her elementary school. Other than this, she never revealed any information about her educational background.

After that, in the year 1997, the band then signed a contract with a record label Columbia Records. Moreover, this eminent group made their official debut with the release of their self-titled debut album, “Destiny’s Child” in the year 1998.

Later, they made it on the soundtrack album of the romantic comedy, “Why Do Fools Fall in Love”(1998) with the song “Get on the Bus”. Thereafter, in the year 1999, the group released their second album, “The Writing’s on the Wall” which was certified eight times platinum in the USA.

In fact, this album was one of the biggest selling albums released by a female group ever. Furthermore, Luckett alongside Roberson was replaced by two new members Farrah Franklin and Michelle Williams in the music video of “Say My Name” in the year 2002 as Roberson and LeToya found themselves ostracized by the Knowles family and the group’s management.

Shortly, after the release of Destiny’s third album, “Child’s Survivor”, they filed another lawsuit in March 2002 against the group. Besides this, after various issues, Roberson and Luckett created a new group called “Anjel” which didn’t last.

Later, in the year 2003, Luckett got signed with Capitol Records and started to work on her debut solo album, “LeToya” which was released in July 2006. In fact, the album also debuted at number one on the U.S. Billboard 200 and Top R&B/Hip-Hop Albums charts.

Apart from that, she announced the title of her third studio album on The Wendy Williams Show, “Until Then” in January 2014. The album’s first promo single “Don’t Make Me Wait” was released the next month.

Later, on January 16, 2015, she released “Together” which is inspired to end illegal gun violence in America in a recent partnership with the Caliber Foundation. Besides this, LeToya released the single, “Back 2 Life” on December 7, 2016, which was the title of her third album that got changed from “Until Then” to “Back 2 Life”.

Other than this, Luckett has also been cast in several series and movies including “Single Ladies”, “Preacher’s Kid”, “Treme”, “Friends And Family Hustle”, “Killers” and “Greenleaf”. In fact, she got her first role on the WB show, “Smart Guy” in 1998 with Destiny’s Child.

Talking about her career, LeToya has been married twice to date. She first got married to Rob Hill Sr., a motivational speaker with whom she reportedly got engaged in 2015. After dating each other for a year, the duo tied the sacred knot of marriage in January 2016. However, their relation couldn’t last long and came to an end just after only 2 months of marriage.

After that, Luckett entered into a romantic relationship by engaging with Tommicus Walker which she announced via her Instagram in August 2017. Moreover, Walker is eminently known as an American entrepreneur with whom she got married on December 10, 2017, in a lavish ceremony at Villa Antonia in Austin, Texas.

Later, just after 6 months of their marriage, the duo announced that they are expecting their first child together in June 2018. Thereafter, this couple was blessed with a lovely daughter, Gianna Iman Walker, on January 4, 2019.

Besides this, in March 2020, they announced of expect their second child together. They welcomed their 2nd child, a son named Tyson Wolf Walker who was born on September 14, 2020. However, on January 11, 2021, the duo announced their separation due to some personal issues.

Here we are providing the list of favorites of LeToya Luckett: Some Interesting Facts About LeToya Luckett