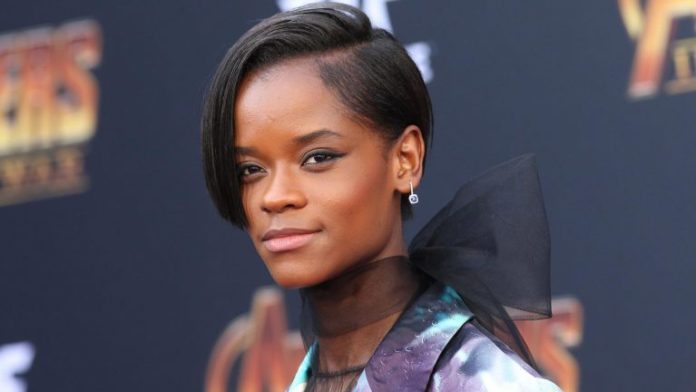 Letitia Wright, is the actress who started small and worked her way up by taking control of her own destiny. Without the help of parents who are in the entertainment industry or any agent who can help and navigate she managed to step into the industry on her own.

In 2006 after watching Akeelah and the Bee, Letitia thought of being an actress. She suffered from depression but she mentioned when she became a Christian, she got the strength to return to acting and thanked God for it.

Born on October 31st, 1993, Letitia Wright is currently 29 years old. She is slim and has a toned body. Letitia’s height measures 5’5” in feet and weight 51 kg approximately. Her skin color is dark brown and her eyes, as well as her hair, are Black in color.

Letitia, the Guyanese actress is one of those actresses who earn around a hundred thousand a year. Both of her widely known films Black Panther and Infinity War grossed more than a billion worldwide. She is considered to be paid heavily for her work and role in both films. Letitia Wright’s net worth is estimated to be $1 million.

Georgetown, Guyana is the birthplace of Letitia Wright but moved to London along with her parents to find permanent shelter at the age of 7. She used to participate in various school plays and also tried working at theatres while attending a high school in Tottenham. Her parents are of Afro-Guyanese by ethnicity.

Letitia Wright initially appeared primarily in British TV productions and also in movies and has been active as an actress since 2011. In 2012 she received widespread attention for her role in ‘My Brother the Devil’ as Aisha and also earned herself a rating as stars to the lookout in the future.

In the film ‘Urban Hymn’, Wright played a supporting role and also appeared on television roles in Cucumber and Doctor Who in 2015. In the second season of ‘Humans’, she was seen as Renie in 2016 and in 2017 appeared in an episode of the science fiction series Black Mirror.

Her portrayal of Shuri, King T’Challa’s sister and princess of Wakanda in 2018 the MCU film Black Panther gave her a breakthrough role and global attention. Steven Spielberg’s ‘Ready Player One’ with Tye Sheridan also featured Wright in a short role in 2018.

She also has a cameo in Drake‘s music video for “Decent for What“. In 2015 she was named among the BAFTA Breakthrough Brits and was selected as one of Wonderland Magazine’s Best of Next 2015.

Here we provide you the list of Letitia Wright’s favourite things. Some Interesting Facts About of Letitia Wright