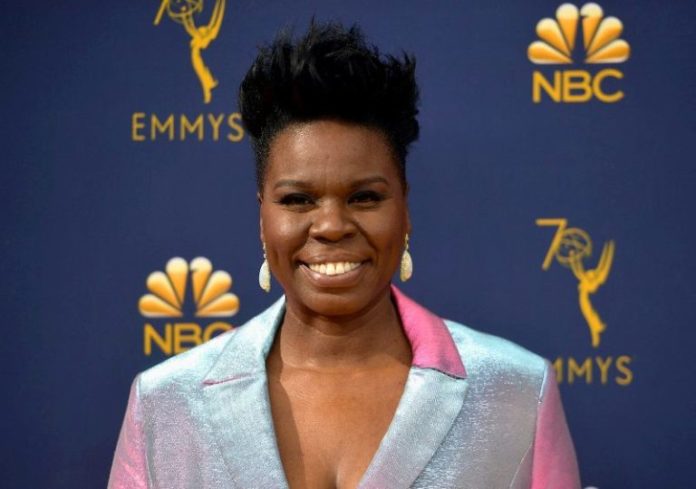 It is not easy to make people laugh with words but some people have this talent as a god gift and ‘Leslie Jones’ is one of those people who have been gifted by God this talent. Leslie Jones is born with the name of ‘Annette Jones’ an American actress and comedian. She is well-recognized as a writer and cast member of Saturday Night Live.

She is widely known as Patty Tolan in Ghostbusters. Jones was nominated for an Emmy Award for Outstanding Supporting Actress for her work on Saturday Night Live as well as won the Funniest Person on Campus contest as well. She is highly influenced as a comedian by Richard Pryor, Carol Burnett, Eddie Murphy, John Ritter, and Whoopi Goldberg.

Her body is complemented by her beautiful brown eyes and her silky long black hair. Her figure measurements are 35 inches breast, 25 inches waist, and 35 inches hips.

She earns a substantial amount of money from her professional career and her estimated net worth is around $5 million.

Leslie was born and raised up in Memphis, Tennessee, USA and belongs to the African-American ethnicity. She didn’t reveal any information with regard to her parents including their names too. She has a sister named Rhonda Jones as well as a brother named Rodney who has passed away.

As for her education, she completed her school education at a local high school in Lynwood, California, and later enrolled at Chapman University on a basketball scholarship but later transferred to Colorado State University due to the transfer of her coach.

As of her career, she started her career with a comedy show at her college in 1987. When she shifted to Colorado State University she worked in different pubs and also worked as a DJ. She joined Katt Williams’ It’s Pimpin’ Pimpin’ tour in 2008. She had given an audition on Saturday Night Live in 2013.

She made her official debut episode hosted by Jim Carrey in 2014. After that, she appeared in Chris Rock’s directing debut, Top Five. She appeared in the Trainwreck in 2015. She starred in the movie Ghostbusters in 2016.

In the same year, she appeared in an ad campaign for Allstate Insurance with American actor Adam DeVine. She made her debut as a host with BET Awards on June 25, 2017. It was reported that Jones will not return to the 45th season on August 27, 2019. Some Interesting Facts About Leslie Jones