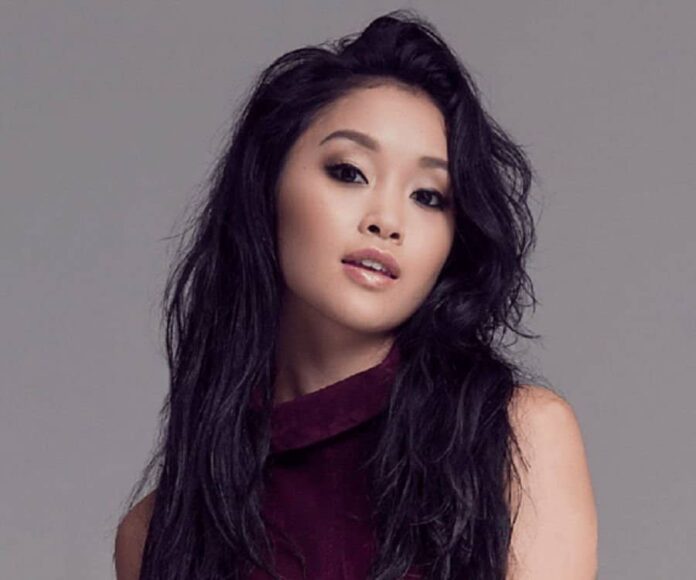 ‘To All the Boys I’ve Loved Before’ the teen-romance Netflix film was released on August 17, 2018, based on a book of the same name by Jenny Han is coming up with a sequel, and the star who rose to fame recently because of it is an American actor and dancer Lana Condor.

In the film ‘X-Men: Apocalypse’ (2016), she had earlier made her acting debut as ‘Jubilation Lee,’ or ‘Jubilee’. Also a trained ballet dancer, she is a talented actress as well and has mostly acted in TV film series. One of her most notable roles includes her appearance in the TV film ‘High School Lover,’ which featured her as ‘Allison’.

Born on the 11th of May 1997, Lana Therese Condor is currently 25 years old. She appears to be healthy and fit and has a well-maintained body figure. Her body figure measurements are 33-24-34 and she wears no. 5.5 in the shoe size.

Lana’s height measures 5 feet 2 inches and her weight is 48 kg approximately. She also has a beautiful smile and unique look because of dark brown eyes and her long and straight black colored hair.

Stars in the Hollywood entertainment industry tend to earn a lot of money especially when they are part of a famous television film series. Lana has able part of many films and has worked on many projects. Most of her net worth comes from her career as an actress. The total net worth estimated for Lana Therese Condor is $2 million US dollars as of now.

Born in Cần Thơ, Vietnam, Lana Therese Condor was adopted by her American parents Bob Condor and Mary Carol. Arthur Robert is her non-biological brother who was adopted along with her. At the time of her birth, she was named “Tran Dong Lan” but was changed to “Lana Condor” after her adoption.

Her father is a two-time ‘Pulitzer Prize’ nominated journalist. She has studied at California State Summer School for the Arts and has also graduated from the ‘Notre Dame Academy,’ Los Angeles. ‘Loyola Marymount University’ offered her to join but she deferred her enrolment.

In the ‘Notre Dame Academy’s production of ‘Hairspray’ Lana starred as ‘Amber Von Tussle’ in 2014 and when she auditioned for the role of ‘Jubilation Lee,’ for ‘X-Men: Apocalypse’, she was in her senior year. With ‘X-Men: Apocalypse’ in 2016, Condor made her acting debut.

She appeared as ‘Allison’ in the TV movie ‘High School Lover’ in 2017 and ‘To All the Boys I’ve Loved Before’ in 2018. Owing to her on-screen chemistry with her co-star Noah Centineo, Lana rose to immediate fame after the release. She has recently played the role of ‘Koyomi K’ in the science-fiction film ‘Alita: Battle Angel,’ in 2019.

Here we provide you the list of Lana Condor’s favorite things. Some Interesting Facts About Lana Condor