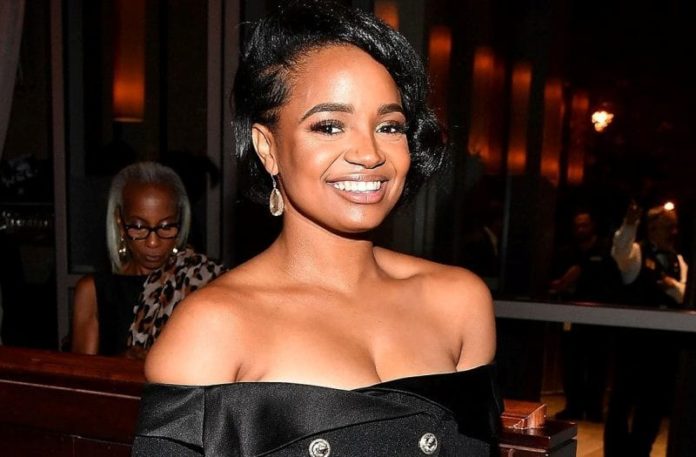 A dream doesn’t turn into reality through magic, it takes hard work, sweat, and determination, this line is very well proved by ‘Kyla Pratt’ who is an American actress and musician. She is well recognized to lend her voice in the first animated series for Disney Channel, “The Proud Family” as Penny Proud.

He rose to fame and gathered huge popularity as the main character in the comedy film franchise, “Dr. Dolittle” starring Maya Dolittle. She has appeared in several films including “Fat Albert” and “Hotel for Dogs” after making her big-screen debut at the early age of 9 in the comedy-drama, “The Baby-Sitters Club”.

Born on 16 September 1986, this renowned personality has turned 36 years old. This lady has a good height of 163 Centimeters and is 5’4” in Feet & Inches. Her brown eyes and shiny black hair enhance her beauty.

She seems fit with a weight of 65 kilograms and 143 lbs in pounds. In fact, she is very conscious about her physique and maintains herself as fit as fiddle with perfect figure measurements.

She has quite good earnings from her professional career as an actress and her estimated net worth is around $3 million.

Kyla was born and raised up in Los Angeles, California, USA, and belongs to the African-American ethnicity. She is born to her father Johnny McCullar a semi-professional basketball player and her mother Kecia Pratt-McCullar a school teacher.

She has three siblings and one of them is her brother Doheen Pratt who was convicted at the age of 13. As for her education, she didn’t reveal any information with regard to her education and educational qualifications.

As of her career, she started her career in 1995 at a young age in the comedy-drama, “The Baby-Sitters Club” as Becca Ramsay. After that, she appeared in several other TV Shows like ‘Sisters’, ‘ER, ‘The Show’, ‘Public Morals’, ‘Touched by an Angel,’ ‘Living Single’, ‘In the House’, and ‘Friends’. She was cast as Jenny Baker in the film, “Riot” in 1997.

She appeared in the thriller film, “Mad City” in the same year alongside Dustin Hoffman and John Travolta. She appeared in the musical adventure, “Barney’s Great Adventure” in 1998. In 2001, he got a breakthrough within Disney Channel’s animated sitcom, “The Proud Family”. In 2003, she won the NAMIC Vision Award for the best performance.

She appeared in two telefilms, “The Picnic” and “The Beach” in 2005. After that, she was featured in the short film “Disney Channel Stars: A Dream Is a Wish Your Heart Makes”. She co-acted in the film, “Hotel for Dogs” in 2009 along with Emma Roberts and Jake T. Austin.

In 2012, she appeared in the BET romantic comedy series, “Let’s Stay Together” as Crystal Whitmore. She acted in the short-lived teen drama, “Recovery Road” with Jessica Sula, Sebastian de Souza, and Daniel Franzese. She was featured in “Back to the Goode Life” in 2018.

She appeared in the reality TV series, “Black Ink Crew: Compton” in 2019. She also sang several songs including a cover version of “Circle of Life”, “It’s All About Me”, “The Proud Family” and “A Dream Is a Wish Your Heart Makes”.

As of her personal life, she is not married yet but she got engaged to her love of life Danny Kilpatrick with whom she blessed with two daughters named Lyric Kai Kirkpatrick, and Liyah Kirkpatrick. The couple has been dating each other since 2005 and got engaged in 2011.

Here we are providing the list of favorites of Kyla Pratt: Some Interesting Facts About Kyla Pratt