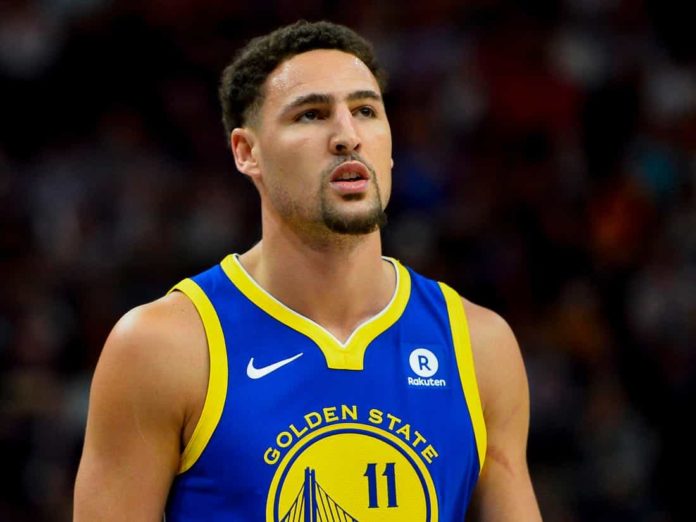 Klay Thompson is an American professional basketball player who is one of the greatest shooters of the Golden State Warriors. As he was born to sportspersons, the sport runs in his blood. He was born as Klay Alexander Thompson on February 8, 1990. At an early age, he started playing basketball and his father trained him about every shot and move. He has earned many accolades and has broken numerous records. To date he has won NBA championship three times, NBA All-star five times, and two times All-NBA Third Team.

Klay Thompson has a towering height of 201 cm and in feet inches; his height is 6’7”. He weighs 95 kg in Kilograms or 209 lbs in Pounds. In February 2020, he turned 30 years old. His body measurement is as follows 46 inches chest, 36 inches waist and 16 inches biceps. He has maintained a perfect body build with a charming attitude.

Klay Thompson’s net worth is estimated to be $22 million approximately. His salary is $15.5 million.

He attended Santa Margarita Catholic High School for preliminary education. He was enrolled at Washington State University, where he played basketball for three seasons as a professional player. In college, he was named to ‘Pac-10 All-Freshman Team’ and ‘All-Freshman Honorable Mention Team.’

In the 2011 NBA draft, he was picked 11th in the ‘Golden State Warriors’. For his debut match with NBA, he scored 27 points against ‘New Orleans Hornets’. In 2012, he was named in the ‘NBA All-Rookie First Team’.

He has formed the best shooting duo with Stephen Curry in ‘NBA history’ and scored 484 three-pointers. In 2014, he extended his contract with warriors for four years. Against ‘Sacramento Kings’ he scored 52 points including 11 three-pointers and was given the title of ‘Western Conference All-Star team’.

To win NBA championship in 2015, Warriors defeated Cavaliers in six games. The Splash brothers struck their career-best scoring 525 three-pointers. In 2017, he had donated $1000 for every point he scored, to raise funds for relief for the ‘Northern California firestorm’. Some Interesting Facts About Klay Thompson