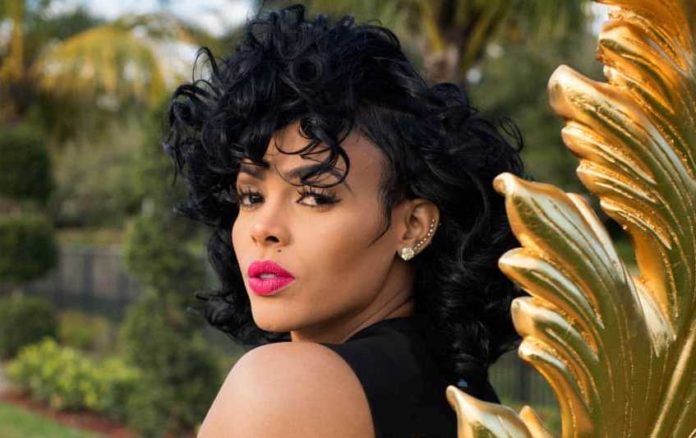 A Jamaican-born celebrity Keyshia Ka’oir is a well-established model and businesswoman. Along with the glamorous industry, she is also recognized wide in the business domain for her contributions. She owns one of the most successful cosmetic brands.

She also contributes to society especially by raising breast cancer awareness. She is also known for being the wife of popular rapper Gucci Mane.

Keyshia Ka’Oir weighs 60 kg and 132 lbs in pounds. She is an elite celebrity with a height of 168 cm or in feet inches 5’6” tall. She has short and curly brown color hair and sparkling wide brown color eyes. She has turned 36 years old in January 2021.

She has an hourglass body type with the following body measurements 36 inches breast, 24 inches waist, and 35 inches hips. Her bra size is 32D whereas her shoe size is 7 (US).

According to the sources, the estimated net worth of Keyshia Ka’oir is $10 million USD approximately.

Keyshia Ka’Oir was born on January 10, 1985, as Keysha Watson. Being a native of Kingston, Jamaica, she also has citizenship in America. Her family moved to Florida, the USA from Jamaica.

She is the only daughter of her parents as she has three brothers and one of them was killed. Her father was also murdered in Jamaica hence they got settled in Bocan Raton where she completed her schooling.

Keyshia Ka’Oir has started her career as a stylist and has styled various celebrities. She was featured as ‘Lisa’ the jealous ex-wife in Timbaland & Drake’s music video ‘Say Something’. It was a turning point in her career as she was offered an opportunity in many other music videos, and magazine covers.

She became the ‘2010 XXL Magazine Model of the Year’. In 2011, she emerged with an entrepreneurial spirit as she released not only a number of bright colored lipsticks but her own cosmetic company ‘Ka’oir Cosmetics’. The brand did really well for its fun makeup colors and she earned her first million in a year.

Her lipsticks ‘KA’OIR Force’ and ‘S.T.O.P, Pool Party’ flourished the market. With the huge success in lipstick line, she has also launched ‘Ka’oir glitzsticks’, nail lacquers, lip gloss, and other makeup accessories.

Being the CEO of her company, she has signed endorsement deals with musician/rapper, Trina, and Teyana Taylor for promotion at different levels. She has inspired and motivated Black women, to build their self-confidence and integrity in the brutal and racist industry. She is actively involved in raising breast cancer awareness.

Keyshia Ka’Oir got married to famous rapper Gucci Mane on October 17, 2017. She was being proposed with a diamond ring in the middle of an Atlanta Hawks game. The couple is happy with each other.

Here we are providing you with a list of Keyshia Ka’Oir favorite things. Some Interesting Facts About Keyshia Ka’oir