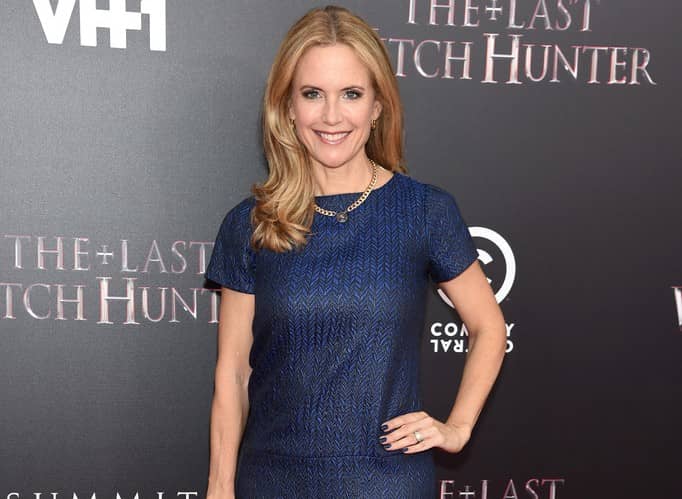 Appearing in over sixty television shows and films combined Kelly Preston was an American former model and actress, who passed away recently on Sunday morning of 12th of July 2020, after her two year battle with breast cancer. The news was confirmed by her husband John Travolta in an Instagram post stating that her love and life will always be remembered.

Popularly known for her works in ‘Mischief’, ‘Twins’, and in ‘Jerry Maguire’, Kelly has acted in some critically acclaimed short films as well including the ‘Little Surprises’ in 1996 which was nominated for Academy Award. Kelly started appearing in commercials and apparently developed an avid interest in acting which eventually led her to work with almost all of the most popular names in the industry.

Born on 13 October 1962, Kelly Preston was 57 years old at the time of her death on 12th July 2020. She was tall and appeared to be fit even while fighting with cancer for almost two years. Her height measured 5’6” and her weight was 57 kg. Kelly used to look quite beautiful because of her Blue colored eyes and her naturally Blonde hair.

From the time when she was still a teenager, Kelly Preston made her way by her own in the field of acting and modeling and is famous for appearing in several well-known films. Kelly had worked as a model previously but made her fortune came from her career as an actress. She lived in a lavish house in Anthony, Florida and their house had a private air steep as well. The total net worth estimated for Kelly Preston is $20 million US dollars.

Born in Honolulu, Hawaii, U.S. as Kelly Kamalelehua Smith, she was the daughter of Linda Carlson, her mother but the name of her father is not known, her mother later married Peter Palzis, who adopted Kelly.

Along with her family, Kelly moved to Iraq and then Australia. After attending the Pembroke School in Adelaide, she went to Punahou School. To study drama, Kelly enrolled at the University of Southern California.

When she was a teenager, Kelly Preston met a fashion photographer who supported her to get a job in certain commercials during her stay in Australia. During the year 1980, she started her film auditions and transformed her last name to Preston.

Played as Marilyn McCauley in a romantic comedy, ‘Mischief’ was her first film role which was followed by another successful teen romantic based comedy known as Secret Admirer. As a girlfriend of her spouse John Travolta’s character “Terl”, she appeared in the film Battlefield Earth in 2000.

Her other notable roles have been as the character played as Jane Aubrey inside For Love of the Game along with Kevin Costner, Avery Bishop in Jerry Maguire alongside Tom Cruise, and as Kate Newell in Holy Man with Eddie Murphy.

In 1985 Kelly Preston got married to actor Kevin Gage but it ended in less than two years with a divorce. She married John Travolta in 1991 and had three children Jett, Ella Bleu, and Benjamin. When the family was on a vacation in the Bahamas Jett Travolta died of a seizure in 2009.

Here we provide you the list of Kelly Preston’s favorite things. Some Interesting Facts About Kelly Preston