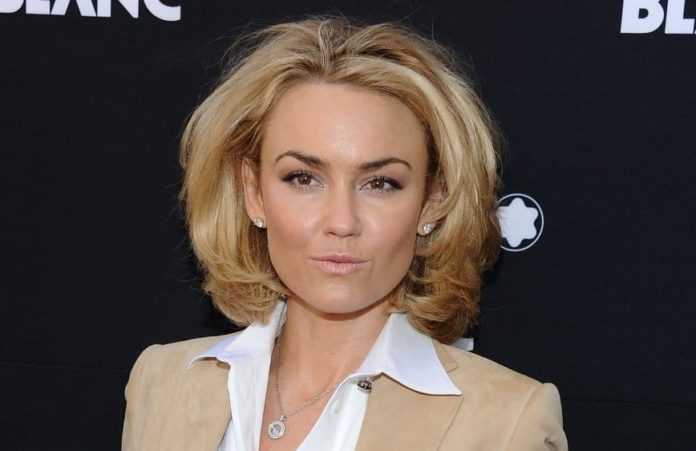 A woman should be able to create the universe in the palm of her hand, this line has been very well proved by Kelly Carlson who is an American actress and model. Moreover, she is eminently known for her role as Kimber Henry in the FX drama series Nip/Tuck.

In fact, she also captured huge publicity in the year 2001 when Kelly was listed on Tear Sheet Magazine’s 50 Most Beautiful list. This gorgeous diva has demonstrated to the world that how hard work and determination turned her into an alluring lady on the earth.

Born on 17 February 1976, this gorgeous diva has turned 46 years old. Kelly is blessed with a good height of 165 Centimetres and 5’5” in Feet & Inches. Her black eyes and shiny dark brown hair enhance the charm of her beauty.

She is very conscious about her physique and follows a regular diet to keep herself fit with the weight of 50 in kilograms and 110 lbs in pounds. Her figure measures 35 inches breast, 24 inches waist, and 35 inches hips. Her bra size is 32C while her shoe size is 9 (US).

Working as an actress, Kelly has gathered a very decent amount of net worth from her professional career. Having been in the entertainment field for years, she has managed to amass a fruitful wealth from the few movies and series. According to the sources, Carlson’s estimated net worth is $500K approximately.

Born and grew up in Minneapolis, Minnesota, United States, Kelly belongs to a mixed ethnicity including Swedish, German, Irish, English, and Norwegian. She was born as the daughter of Swedish parents named Mary Joan(mother) and Lee Dixon Carlson(father). Her mother was a hairdresser while her father worked as a high school basketball coach.

Moreover, when Kelly was in her teenage, her family moved to Bloomington and later to Richfield where she completed her high school, Academy of Holy Angels, and began doing theatre. Other than this, she never disclosed any information regarding her educational background.

Moving towards her career, Kelly took the first step towards her career by began modeling at the age of 17 and even appeared in the campaigns for products such as Rembrandt, Miller Lite, and Oliver Peoples Sunglasses. Later, she also got appeared in Maxim Magazine (August 2004) and on the cover of Stuff Magazine (October 2004).

Furthermore, Carlson started to appear in the theatre where she performed in productions of Cheaters, Vanities, Girls Guide to Chaos, Can’t Trust the Mate, and Charlotte’s Web. Other than this, in the year 2001, she made her acting debut with a minor role as a  motorcycle gang member in the action-adventure crime film titled “3000 Miles to Graceland”.

Thereafter, Kelly landed with the role of Kimberly Henry in the FX drama series, “Nip/Tuck” in 2003 until its last season till 2010. Besides this, she also played a small role in Ada in the drama series titled “Everwood” in the year 2004.

Additionally, she has made her appearance in several feature films including “Starship Troopers 2: Hero of the Federation”(2004), “Paparazzi”(2004), and “Made of Honor”(2008).  In fact, Kelly has also appeared as a guest on television series including “CSI: Crime Scene Investigation”, “CSI: Miami”, “Monk” and “The Finder”.

Apart from that, this stunning beauty, Kelly got a huge film break playing one of the leading roles as Kate Triton in the action film titled “The Marine” in the year 2006. Later, in the year 2009, she made her short appearance in the Canadian television film, “Degrassi Goes Hollywood”. In the following year, she was also featured in “Ghostfacers”, an online spin-off of The CW dark fantasy series Supernatural.

Reflection towards her relationship status, Kelly is a married lady who tied the sacred knot of marriage with Dan Stanchfield who is a U.S Navy. Moreover, the couple got married in a private ceremony to make their wedding a bit confidential.

Previously, Carlson has also dated Tie Domi who is a Canadian retired professional ice hockey player. Other than this, she was also rumored to have dated Josh Hartnett, a producer. In the year 2007, she was in a relationship with Dave Navarro. As of now, she is living a happy and blissful life with her partner, Dan.

Here we are providing the list of favorites of Kelly Carlson: 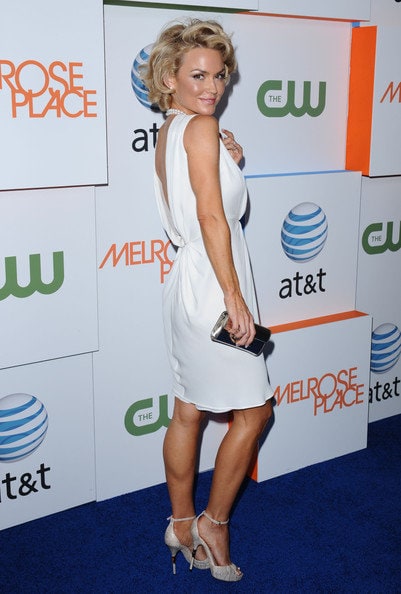 Some Interesting Facts About Kelly Carlson