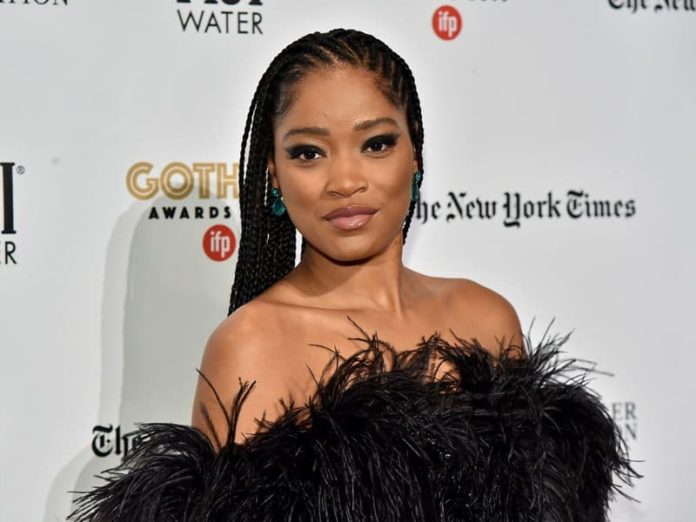 Beauty is attractive, but there is nothing more attractive than intelligence and talent, this line is very well proved by Keke Palmer who is an American actress, television personality, singer, and songwriter.

Moreover, she rose to huge fame with her breakthrough role in “Akeelah and the Bee”(2006) and “Madea’s Family Reunion”(2006). Other than this, she also accumulated huge publicity by winning several nominations and 13 awards including 6 NAACP Image Awards.

Her beauty is enhanced by her dark brown eyes and black hair. she is very conscious about her health and maintains her figure with the measurement of 36 inches breast, 25 inches waist, and 37 inches hips approximately.

Working as an actress and singer, Keke has gathered a very handsome amount of income throughout her professional career. She has managed to amass a million worth of fortune from her several albums and movies by working in the show business field for more than a decade. According to the sources, her estimated net worth is $10 million approximately.

Born and growing up in Harvey, Illinois, United States, Keke belongs to the African-American ethnicity. She was born in a well-to-do family to Larry Palmer(father) and Sharon Palmer(mother). Her mother serves as a high school teacher who works with children who are autistic while her father works for a polyurethane company.

Other than this, both of her parents are former professional actors. Moreover, she grew up with her three siblings, a brother Lawrence Palmer and two sisters, Lawrencia and L’Oreal Palmer. As for her education, Keke enrolled at Rickover Jr. High School and later she also went to St. Benedict School after which she studied through homeschooling.

Reflecting on her career, Keke took the first step towards her professional career in the field of acting in the year 2004 by appearing in the film, “Barbershop 2: Back in Business”. Later, in the year 2005, she commenced her singing career by signing a record deal with Atlantic Records.

In the same year, she also appeared in “Second Time Around”, “ER” and “Knights of the South Bronx”. Furthermore, Palmer signed with Disney Channel where she sang the songs “Jumpin” and “It’s My Turn Now” featured in the film “Disney Channel Original Movie Jump In!”(2007) where she starred as Mary.

Apart from that, she earned huge public attention with her lead role as Akeelah Anderson in the drama film, “Akeelah and the Bee”(2006). In fact, her debut sing, “All My Girlz” was also used as a soundtrack in the movie. In the year 2006, she also had a supporting role in the film Madea’s Family Reunion.

Later, she also played a supporting act in the thriller, “Cleaner” in the year 2007. Other than this, she also starred in two television programs “Just Jordan” and “Tyler Perry’s House of Payne”. On September 18, 2007, her debut album, “So Uncool” was released through Atlantic Records.

Besides this, Keke began her starring role as the title character in Nickelodeon sitcom, “True Jackson, VP” in the year 2008. Additionally, in the year 2010, she was also signed by Jimmy Lovine, the Chairman of Interscope Records and in the same year her first mixtape, “Awaken” was released.

Likewise, she also appeared in the film, “Joyful Noise” in the year 2012. After that, this gorgeous diva portrayed Rozonda “Chilli” Thomas in the TLC VH1-biopic, “CrazySexyCool: The TLC Story” in the year 2013. Further, she joined “Grease: Live” broadcast on Fox and starred as Zayday Williams on the Fox horror series, “Scream Queens” in the year 2016.

In fact, she also released a previously unreleased album on June 26, 2016, that she recorded when she was 16, now titled “Waited to Exhale”. on November 4, 2016, she released her second extended play titled “Lauren”. Palmer released a new single titled “Wind Up” featuring Quavo on April 21, 2017.

Later, she also made her appearance in the role of Kym in the third season of the VH1 slasher television series, “Scream” in July 2019. In the same year, she starred opposite Constance and Jennifer Lopez in the comedy crime drama film, “Hustlers”.

In fact, on the ongoing pandemic situation of COVID19, Palmer hosted Quibi’s “Singled Out” Reboot in April 2020.

As for her relationship status, currently, Keke seems to be single. Previously, she was in a relationship with Rodney King. Moreover, the duo started dating each other in the year 2010. In fact, the couple also had planned to get married but after 3 years of togetherness, their relationship came to an end due to some personal issues.

Apart from that, she has also dated Quincy Brown, a model, actor, and singer. However, in the year 2017, their relation broke up. Earlier, Keke also dated actor, Corbin Bleu in the year 2007 and was also seen with rapper, Lil Twist in 2009.

Here we are providing the list of favorites of Keke Palmer: 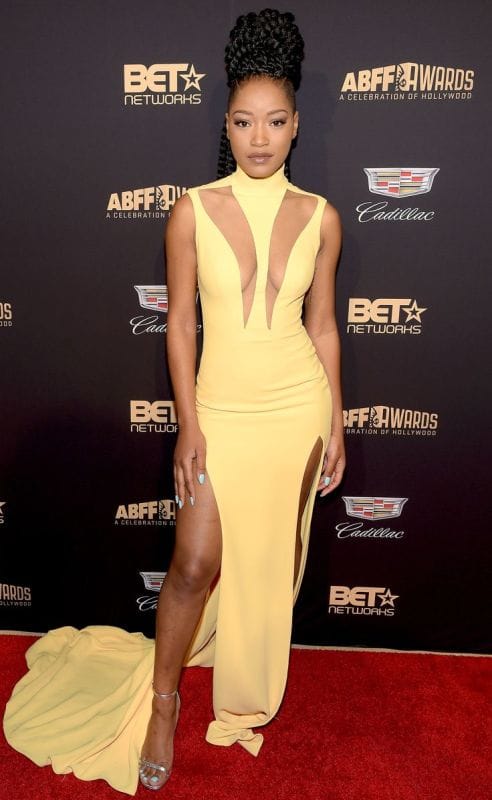 Some Interesting Facts About Keke Palmer