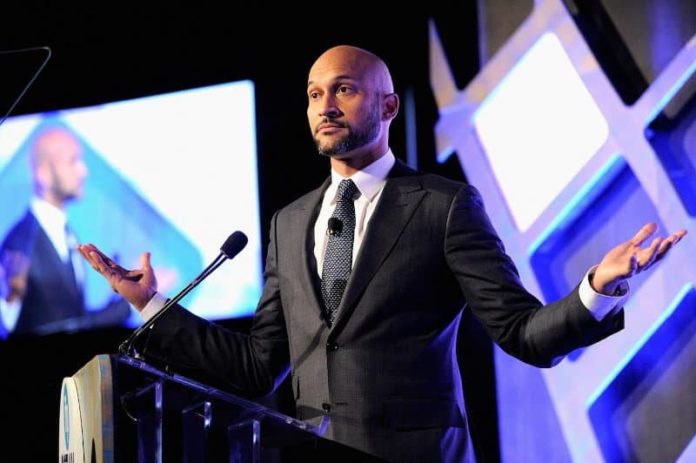 Hard work is the most important key to success, achievements without hard work are impossible, this line has been very well proved by Keegan-Michael Key who is an American actor, comedian, writer, and producer.

Moreover, he is prominently known for co-creating and co-starring in Comedy Central’s sketch series, Key & Peele from 2012 to 2015 for which he also won American Comedy Award, the Primetime Emmy Award, and Peabody Award.

Recently, Keegan gathered huge publicity for appearing in the musical film The Prom (2020) directed by Ryan Murphy on Netflix, and the musical comedy series Schmigadoon! (2021) on Apple TV+.

Born on 22 March 1971, this handsome actor has turned 51 years old. He seems enough tall with his height which is 183 in centimeters and 6 feet. He seems very fit and healthy with a weight of 80 in kilograms and 176 lbs in pounds.

One of the popular comedians from Hollywood, Keegan earns a very handsome amount of money through his acting career. According to the sources, his estimated net worth is $12 million approximately. Moreover, with his hard work and potential, Key has starred in numerous movies and television series.

Born and grew up in Southfield, Michigan, United States, Keegan belongs to mixed ethnicity. He is the loving and caring son of African American father Leroy McDuffie and Carrie Herr, a Caucasian of Polish and Belgian Flemish descent.

Later, at a young age, he was adopted by a couple from Detroit, Patricia Walsh, and Michael Key, who were both social workers. Moreover, Key has two half-brothers through his biological father. In fact, one of his brothers was comic book writer Dwayne McDuffie (1962–2011).

But, Keegan discovered the existence of his half-siblings only after they had both died. Talking about his education, Michael joined the University of Detroit Mercy as an undergraduate, in order to earn a Bachelor of Fine Arts degree in theater in 1993. Furthermore, in the year 1996, Key earned a Master of Fine Arts in theater at Pennsylvania State University.

Moving towards his career, Keegan took the first step towards his career with minor extra roles in films Garage: A Rock Saga, Get the Hell Out of Hamtown, Uncle Nino, and Mr. 3000 among others. Later, in the year 2004, he joined the cast of Mad TV midway into the ninth season where he met Jordan Peele.

Furthermore, key spent six seasons as a cast member on Mad TV from 2004 to 2009. Moreover, he impersonated numerous celebrities on the show such as Snoop Dogg, Ludacris, Bill Cosby, Eddie Murphy, Barack Obama, and Kobe Bryant among several others.

The comedy chemistry between Jordan and Keegan to create their own Comedy Central sketch series, Key & Peele which began airing in January 2012 and ran for 5 seasons. In fact, he was also nominated for the NAACP Image Awards, People’s, Choice Awards, Writers Guild of America Awards, and Screen Actors Guild Award for Key & Peele.

In addition to this, from 2005 to 2008, he hosted the U.S. version of The Planet’s Funniest Animals on Animal Planet. Later, in the year 2020, key hosted the sports-based comedy game show, Game On!. Besides this, he is also known for his supporting role in movies Don’t Think Twice, Pitch Perfect 2, and The Prom.

Thereafter, he made his crucial appearance in other films including Playing with Fire, All the Bright Places, Dolemite is My name, Win It All, The predator, and Why Him? among others. Other than this, in the year 2017, key made his Broadway debut in Steve Martin’s Meteor Shower. Besides acting, he has been voiced in several television series and movies.

Some of his voice roles are Detective Diedrich in Archer, American Ranger in SuperMansion, The Ritual-Master (skekZok) in The Dark Crystal: Age of Resistance. Additionally, In the movies, Key voiced Murray the Mummy in the Hotel Transylvania film series, Frank the Foreman in The Lego Movie, Alpha Wolf in Storks, Judge Peckinpah in The Angry Birds Movie, Dave in The Star, and many more.

As of now, he hosts the popular science show Brain Games on National Geographic. In fact, Key also hosted an online event by the Jazz Foundation of America on May 14, 2020, in order to support its emergency fund for COVID-19.

Talking about his relationship status, Keegan is a married man who tied the sacred knot of marriage with producer and director Elisa Pugliese on 8 June 2018. Other than this, he was previously married to dialect coach and actress Cynthia Blaise.

The couple was married for around 19 years from 1998 to 2017. The duo had separated in 2015 and the divorce was finalized in 2017. As of now, he is living a happy and blissful life with his beloved in Los Angeles, California.

Here we are providing the list of favorites of Keegan-Michael Key: 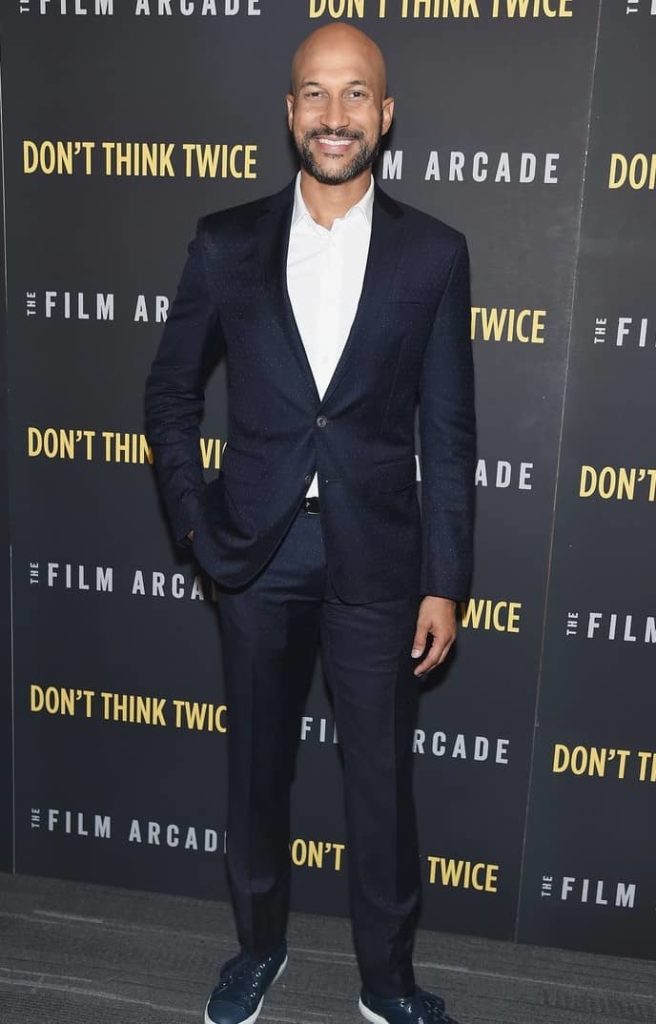 Some Interesting Facts About Keegan-Michael Key