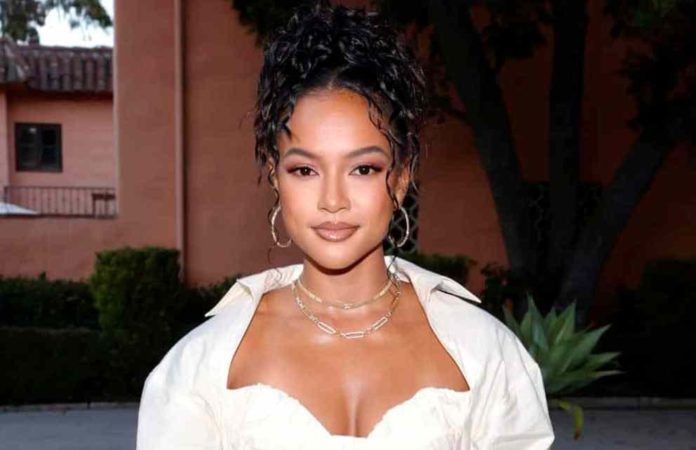 The moon and the stars don’t glow as bright as her eyes, she is extremely beautiful and she is none other than ‘Karrueche Tientrese Tran’, renowned as Karrueche Tran is an American actress and model who rose to prominence when she started dating singer Chris Brown in 2010.

She is well recognized for her roles of Virginia Loc on TNT’s series Claws and Vivian Johnson in the web series The Bay. In addition to this, this gorgeous lady has stolen the heart of many people with her stunning looks and acting skills.

Born on 17 May 1988, this gorgeous personality has turned 33 years old in the year 2021. Tran is blessed with a good height of 155 in Centimetres and 5’1” in Feet & Inches. Her brown eyes and shiny black hair enhance the charm of her beauty.

She is very conscious about her physique and follows a regular diet to keep herself fit with the weight of 45 in kilograms and 99 lbs in pounds. Her figure measures 33 inches breast, 24 inches waist, and 35 inches hips. She wears a dress of size 6 (US) and her shoe size is 7 (US).

According to the sources, the estimated net worth of Karrueche Tran is $3 million approx.

Karrueche was born and raised up in Los Angeles, California, United States, and belongs to African-American-Vietnamese ethnicity. She is born to her father DeVon Minters and her mother Cindy Adamson.

She has been grown up with her caring brother Raymond Adamson. As of her education, she completed her schooling at Fairfax High School and further completed her graduation from Birmingham High School.

As of her career, she commenced her career in the fashion industry as a personal shopper. From 2009 to 2012, she then worked at Nordstrom in Canoga Park, CA, and later worked as a freelance celebrity stylist in Hollywood. In 2010, she got attention when started dating singer Chris Brown and started modeling appearing in photoshoots for local brands.

Then, she has been working on her own clothing line, The Kill. From 2013 to 2016, she appeared in the Emmy award-winning web series, The Bay. In 2014, she appeared in volume one book of the photography book, Love West Coast Girls.

In 2014, she hosted the BET Awards red carpet and appeared in TV One movie, The Fright Nite Files in the same year. In 2015, she was featured for French-based athletic brand Le Coq Sportif. She was featured in covers of magazines such as The Hundreds, Flaunt Magazine, Rolling Out, Cliche Magazine, Bleu Magazine, Ouch Magazine, and Annex Magazine.

In 2015, she signed a contract with Wilhelmina Models LA and made her feature film debut from 3-Headed Shark Attack in the same year. She played a lead role in the short film PrXde and in the fashion web series Vanity. In 2016, she appeared in supporting roles in A Weekend with the Family and The Nice Guys. Since 2017, she started co-starring in TNT Claws.

Reflecting on her personal life, she is not married yet but she is in a romantic relationship with American football wide receiver Victor Cruz. Previously, she was in a relationship with singer Chris Brown but their relationship did not go well as Brown reconciled with Rihanna.

In March 2015, it was revealed that Brown had a daughter, Royalty with Nia Guzman after that their relationship ended on bad terms. 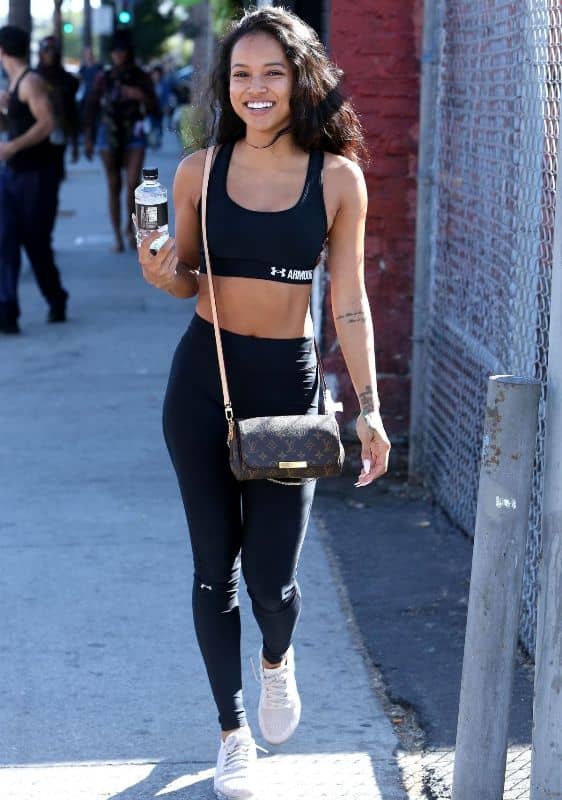 Some Interesting Facts About Karrueche Tran